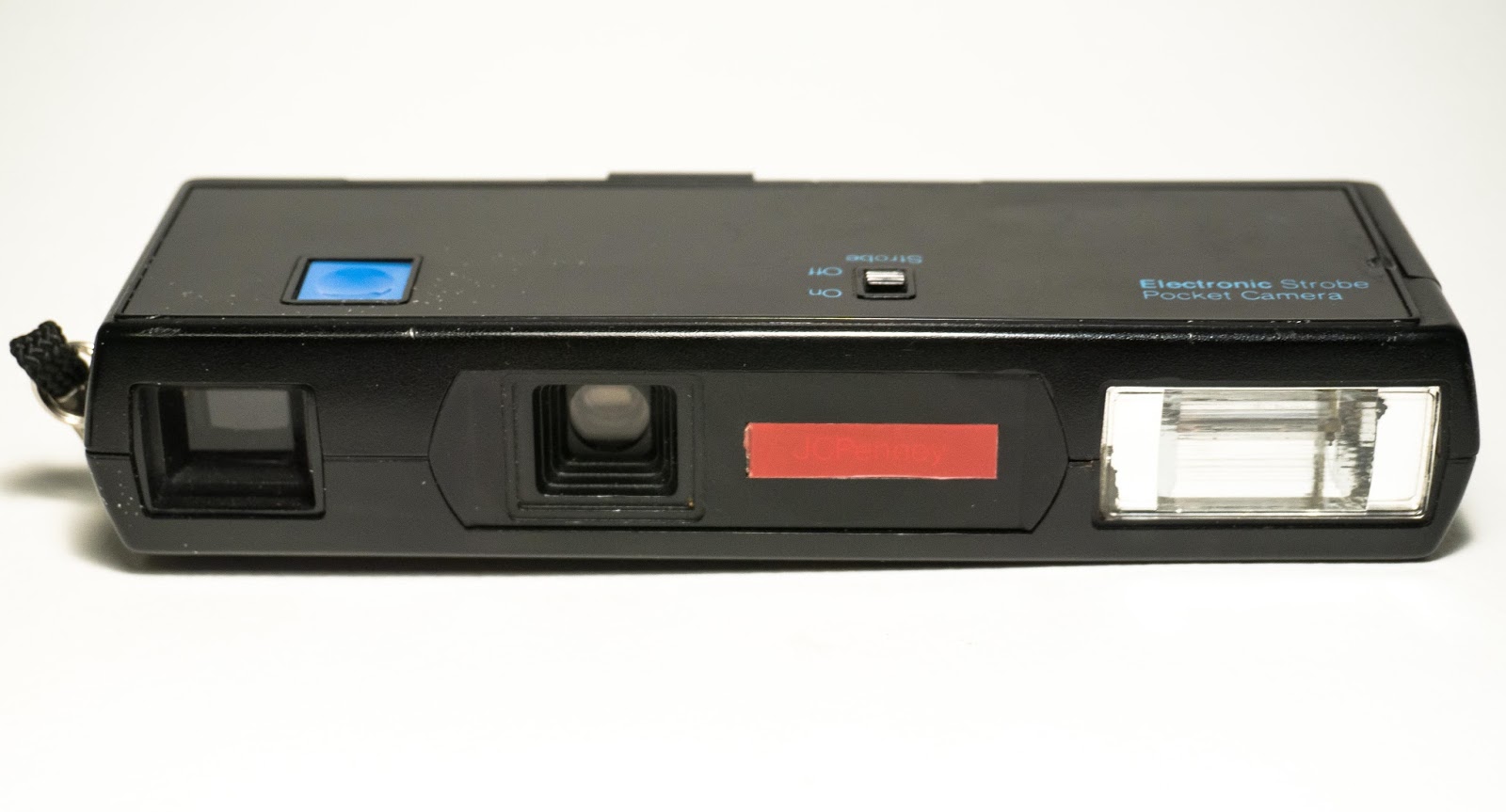 My Dad was an avid photographer.  He had a wide range of film & digital cameras in all formats.  I was going through a box of his effects and found this Electronic Strobe Pocket Camera.  This is a 110 film sized camera.  Actually, I'm not sure who manufactured the camera or  the camera's real name.  I checked everywhere on the body and couldn't find a manufacture or a model type.  The only thing I found was on the top near the strobe was the words "Electronic Strobe Pocket Camera", so there you go.  I did a bit of research and it might be a Focal brand sold through K-Mart, but not sure, again no markings.

When I found the camera in a box I was surprised to find a roll of developed 110 film in it.  A roll of Fotomat 110.  The film expired on 12/91, so who knows when the film or camera had been purchased, when the photos were taken, or what was on it.  I didn't even know if the film was good because it had been stored in a box in a basement and then in a storage room for I'm guessing at least 15-20 years.

I was excited about the film, but a bit nervous thinking about what was on it.  Were there pictures of my brothers & sisters when we were younger, pictures of my Mom, or just photos around the house? I don't remember my Dad using this camera, so I'm guessing he purchased it after I had left for school or moved away.

Before I developed the 110 film my Dad took I loaded the camera with a fresh set of batteries and a roll of Lomography 200 Tiger II 110 film that I bought from the Film Photography Podcast store.  I took photos around town.  The camera is heavy which surprises me for such a small camera.  Also, the moving parts are showing their age.  The shutter release button was sluggish and at times stuck or really needed to be pushed hard to release the shutter.  This created a bunch of camera shake.

Anyway, after I finished the roll I sent them off to The Darkroom along with other assorted rolls.  I put a note in the mailer to the Darkroom just letting them know that I had no idea what was on the roll and that it was somewhat special.  Corny I know, but I felt it important.

The film came back and the camera worked.  Here is a photo from the roll that my Dad took.  Most of the photos appeared to be from around their house.  The photo is of my Dad's CB radio that he had & used regularly.  Kind of cool.  Kind of a 60's or early 70's vibe. 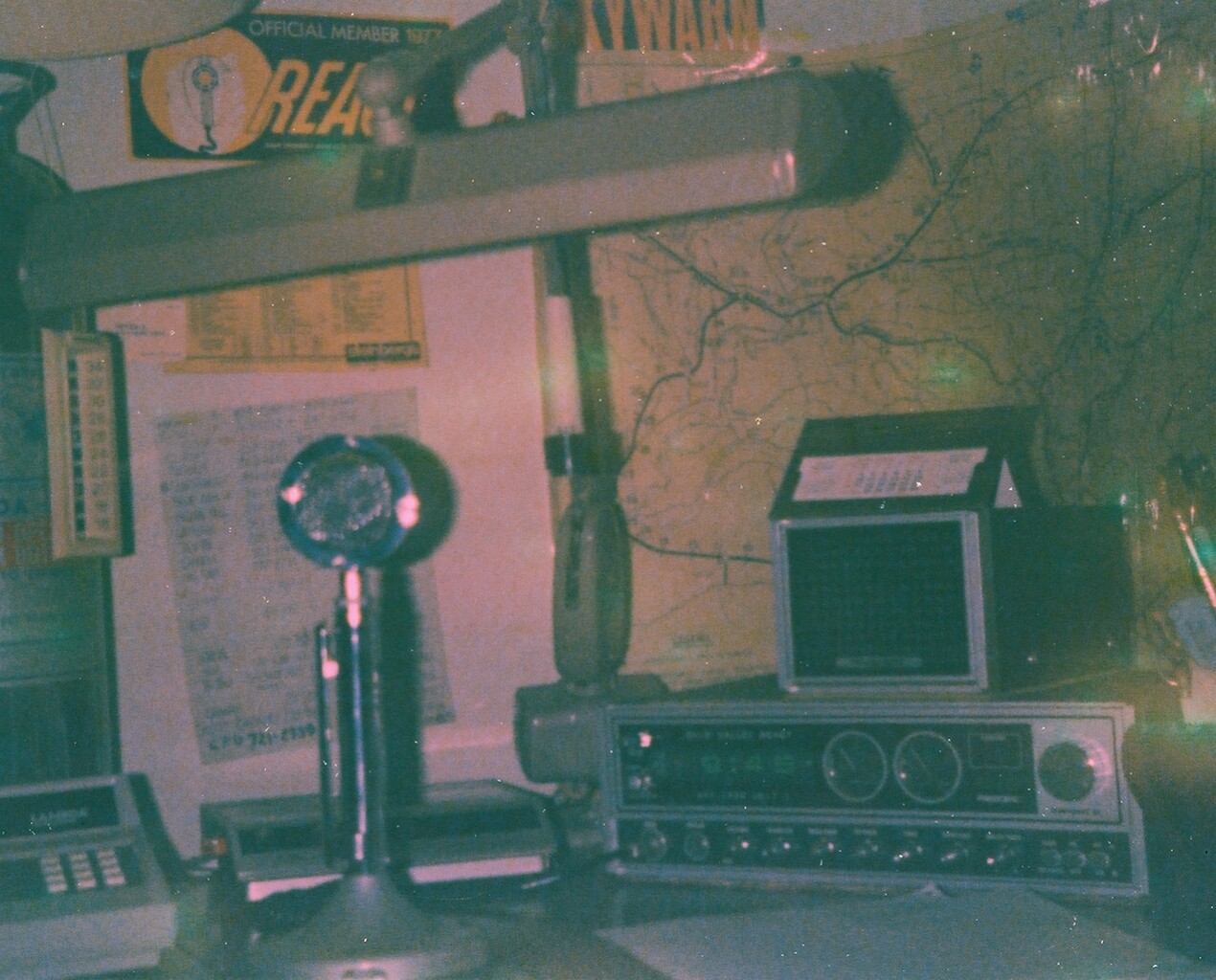 The other photos are from around my studio downtown Indianapolis, at Crown Hill Cemetery and during a drive around the town taking photos.  The colors are much richer and the camera gives a really soft focus / feel. 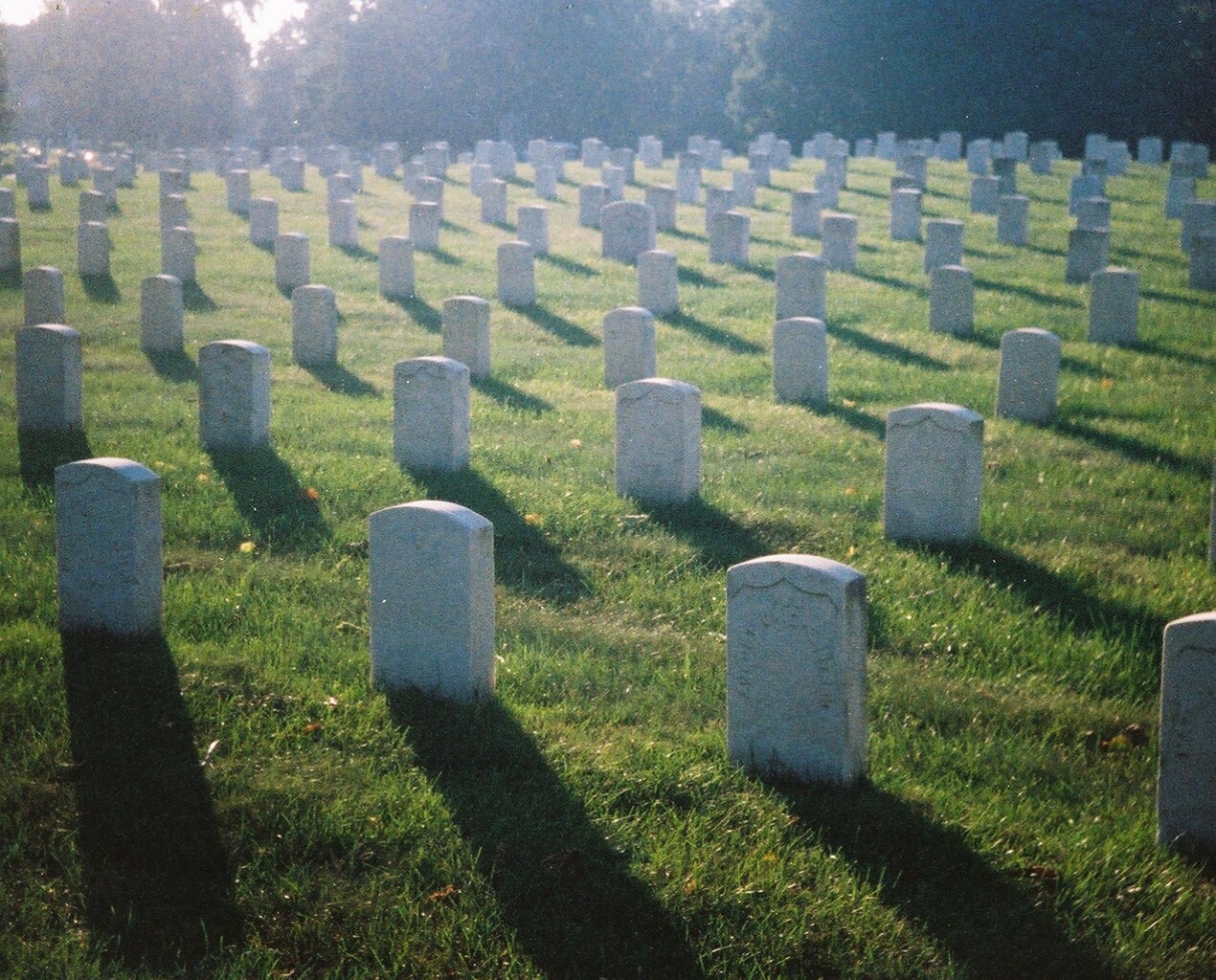 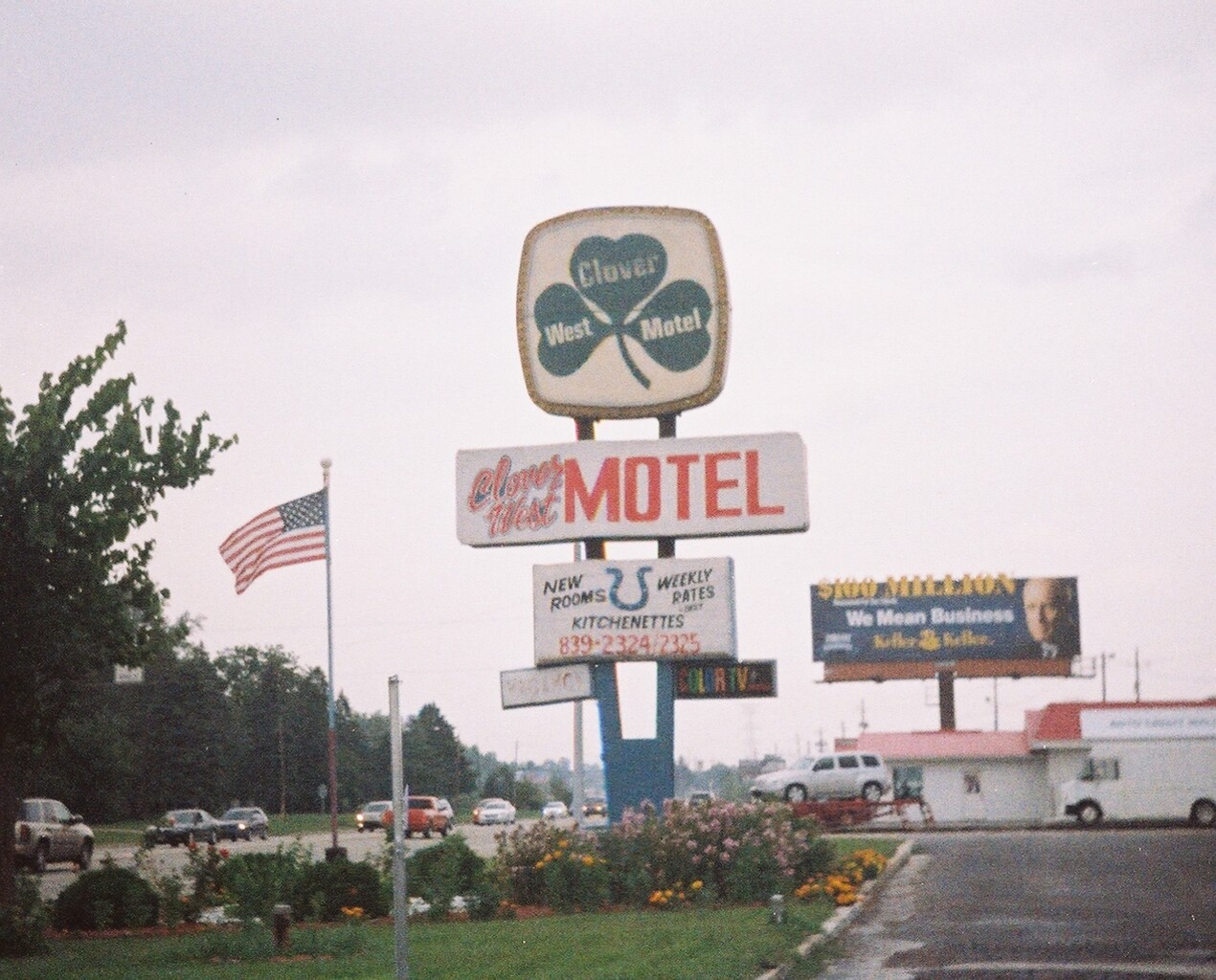 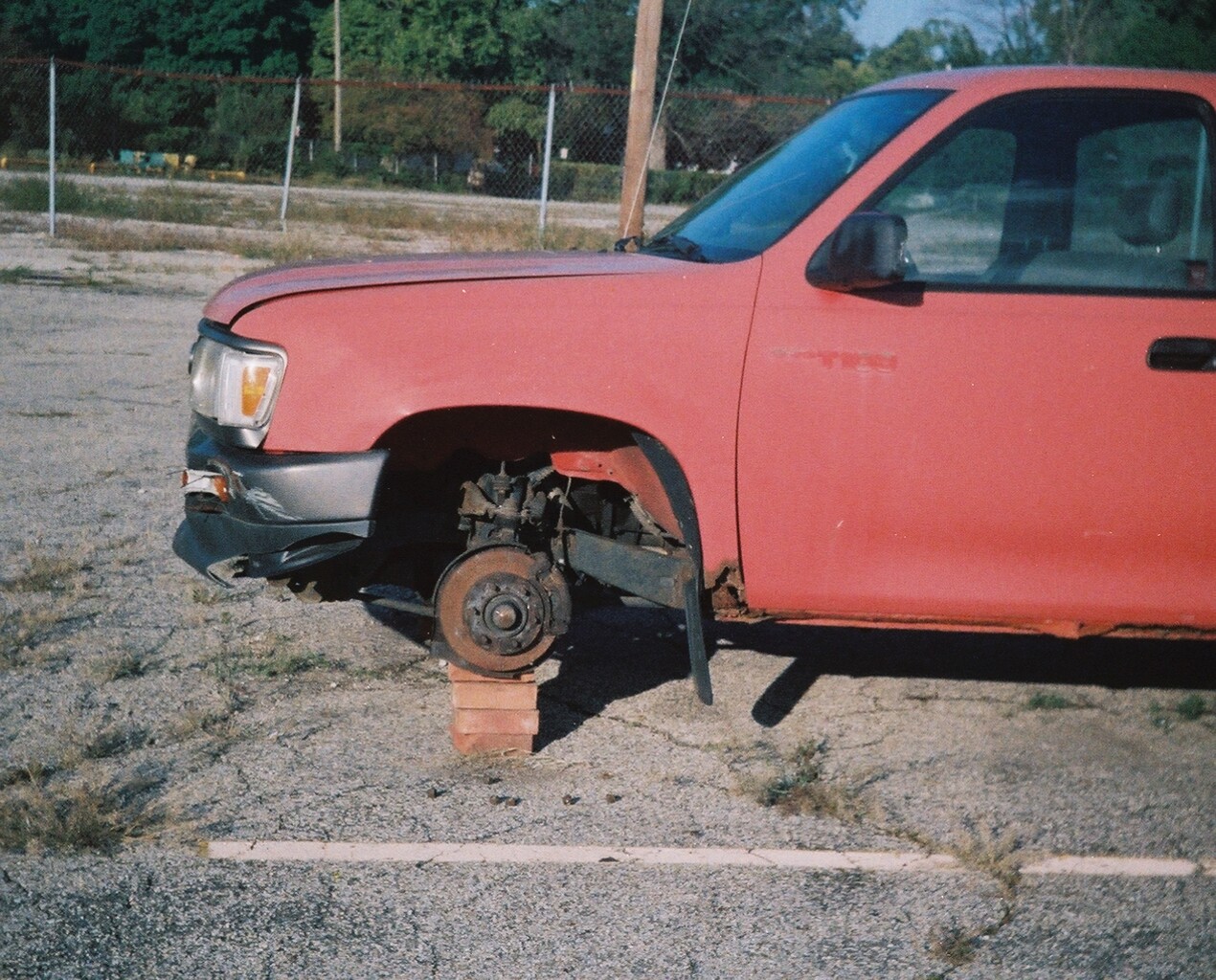 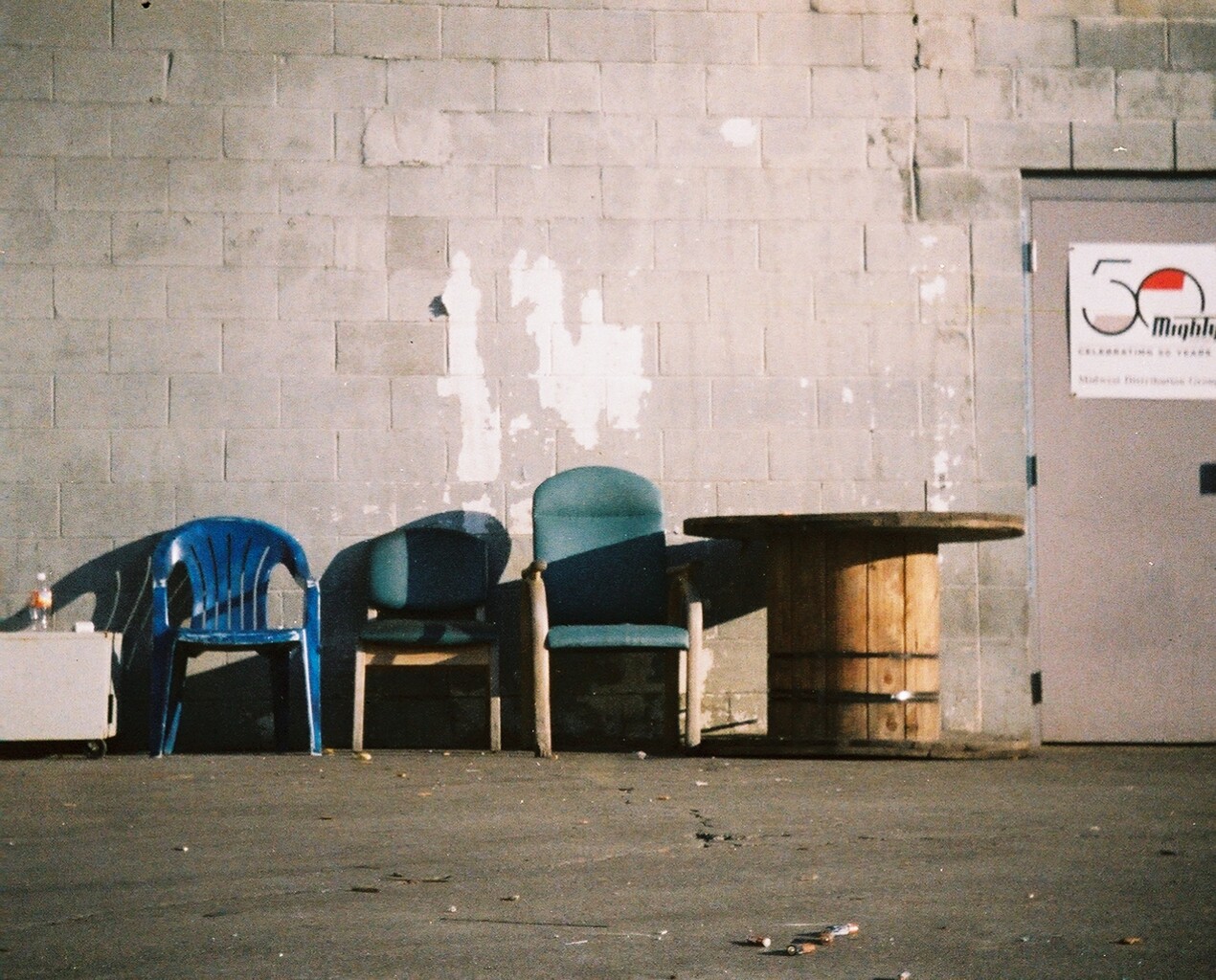 Not a practical camera anymore, but lots of fun to shoot.  And the best thing, is that this is a camera my Dad used.  How cool.
Posted by Steven Brokaw at 11:02 PM