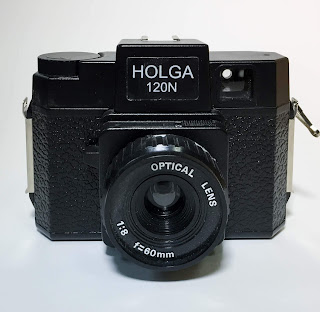 Much has been written about the Holga. It’s a cult toy camera. All plastic with point and shoot with very few features or controls. You simply load it with 120 film set one of 4 distance setting, slide the aperture switch to either sunny or cloudy, aim and shoot. It’s that easy.

The main feature of the Holga line is they tend to be light leaky and the lens gives a soft / distorted vignette. This quirkiness gives the image it’s unique, “every picture is different” vibe. The plastic is a 60mm f/8 piece of plastic. You can set the camera to take 12 or 16 shots.

I’ve had mine for about 5 years. I recently took it out and shot a roll of Ultrafine Xtreme 400. I shot the roll in downtown Indianapolis on a grey but bright day. Film was developed using Ilford Ilfosol3 at 1+9 for 4.5 minutes. Negatives were scanned using an Epson V800.

I dig the camera. Here are some images. 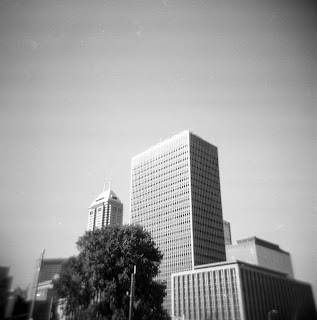 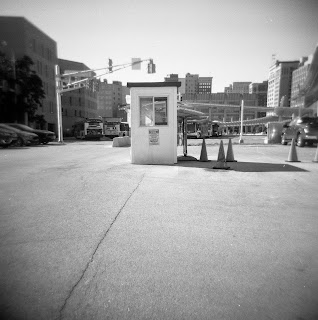 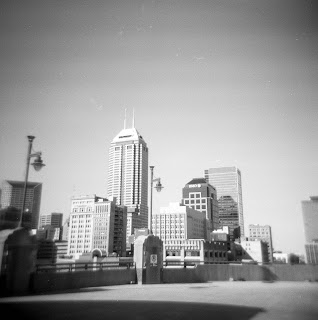 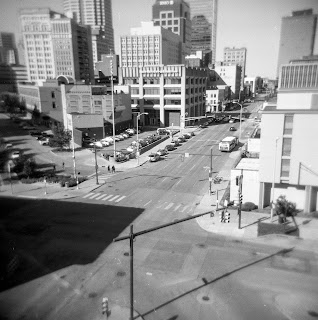 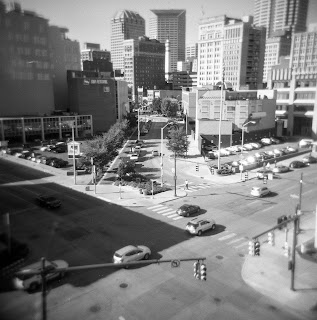 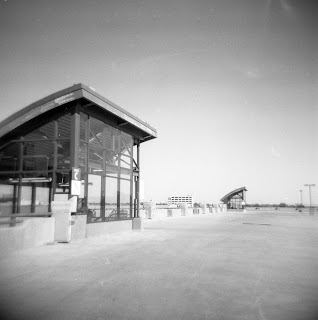 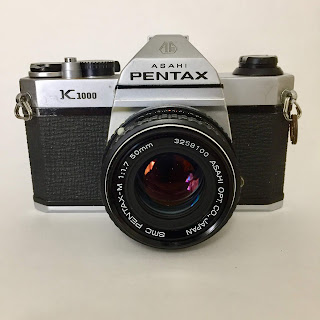 One of the finest general purpose / everyday 35mm film SLR is the Pentax K1000. You want reliable? You want basic? You want good images? Then look no further than the K1000. Manual focus, reliable light meter, good ISO/ASA range (20 - 32000), good speed range (B to 1/1000 second), hotshoe & solidly built. What else would you want in a basic SLR.

I have 2 K1000's. One with a workable light meter and one without. The K1000 with the light meter that doesn't work is still perfect for using with a hand held light meter or sunny 16. The shutter operates without a battery.

To operate you either manually use aperture or speed priority. Set whichever is your preference based on the scene, film and light. Then simply adjust the other. The light meter is a needle in the viewfinder that goes up and down based on the setting. When the needle is in the center your exposure is set.

The shutter has a moderate mirror slap which is noticeable but still stealthy enough for candids and street photography.

I have one of the cameras mounted with a Pentax-M f/1.7 50mm and one with a f/2.8 28mm. I prefer the 50mm which is my go to focal length for street photography.

Honestly, for a basic camera or your first SLR you can't go wrong with a Pentax K1000.

The manual at Butkus

A few photos taken with bulk loaded Kentmere 400 pushed to 800 and some Kodak TMAX 400 at box speed. 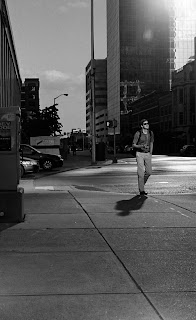 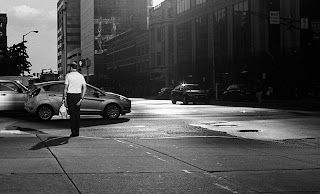 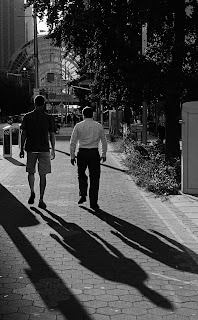 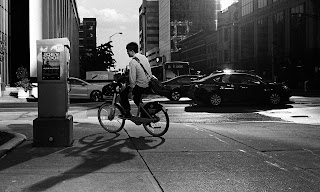 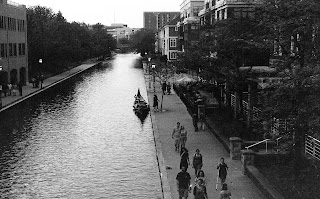 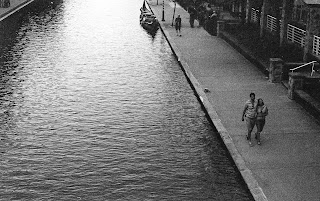 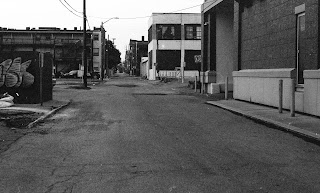 Posted by Steven Brokaw at 3:13 PM No comments: 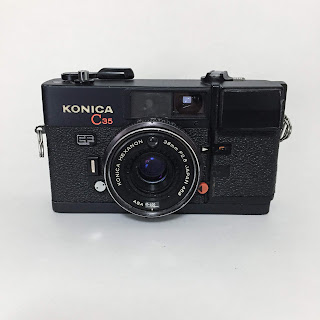 The camera is sturdy. Moderately heavy, glass and metal. This particular camera appears well used with a bit of brassing. The C35 is automatic. The only adjustments is the ASA dial and the focus ring. The viewfinder is fixed so you either guestimate distance or use 4 typical distance symbols (that show in the viewfinder). The lens is a 38mm f/2.8 Konica Hexanon. You can mount a 46mm filter. The shutter is very quiet which is perfect for street photography.

The automatic aperture selected by the light meter shows on a scale from f/22 to f/2.8. The bottom of the scale has a red lightning bolt to remind you to turn on the flash. Film loads easily. The back gate pops open with a small switch. The viewfinder is clear with frame lines highlighted in bright yellow. 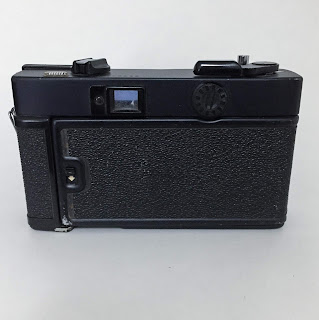 I shot a roll of Arista EDU 400 bulk rolled film. Although the film loaded smoothly and advanced easily it felt "crunchy" when advanced. I thought it was catching or not advancing completely. I stopped using the camera after about 24 of 36 shots and rewound the film. I didn't want to damage the film. I guess the advance just needs lubrication because the film came out fine.

The first roll was developed with 1+25 Rodinal at 5.5 minutes. Rodinal isn't the best developer for this film as the grain came out fairly heavy. On the second roll I'll use a finer film with a milder developer to make sure it was the film choice versus the camera that resulted in the heavy grain.

Here are some photos from the first roll. 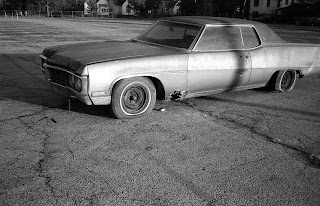 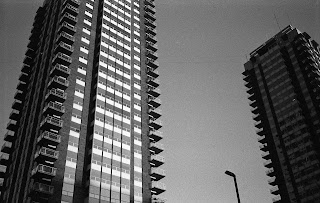 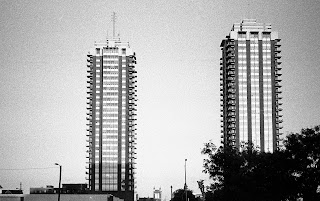 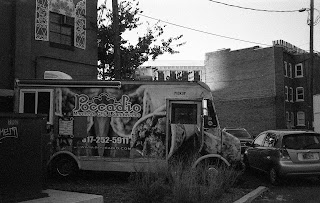 Bottomline a nice, sturdy camera with an iconic look. However, if I want a simple point and shoot camera with approximately the same focal length I'll stick with the Minolta Stylus.

Posted by Steven Brokaw at 4:59 PM No comments: