Time To Soup Some Film 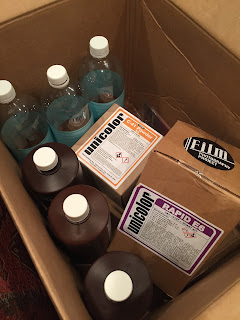 I've been shooting film off and on since I was about 15 years old.  That means I've been shooting film a LONG time.  Although, 95% of all my photographic work is now digital, I still shoot film. I have over 100 film camera of all types from TLR's, medium format, SLR's, point & shoots, toy cameras, etc.  I always have one in my bag.

What does that mean.  Yep, that means $$$.  The dark underbelly of my love of film is the cost (and of course the longer workflow).  I would normally turn in 2-5 rolls at a time and end up with $20-$50+ expense depending on the film type.

Well, lets change that a bit.  I'm actually increasing the length of my workflow, but I'm lowering the unit cost.  That's right, I'm going to start developing my own film.  I bought a C-41 & an E-6 chemistry set from The Film Photography Podcast store.  I normally, shoot C-41 but was given about 50 rolls of E-6 recently.  I'll see how it goes, and then reassess my decision to soup my own film.  At minimum it will be interesting.  I'll keep you updated. 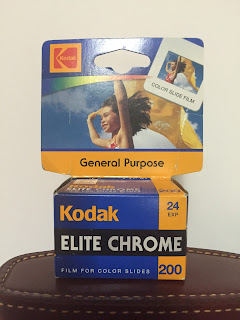 Posted by Steven Brokaw at 1:42 PM No comments: 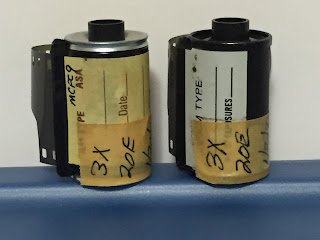 I'm going to start developing my own film again.  I have the equipment (inherited from my Dad) and just got both C-41 & E-6 chemistry.

Well the other day I was rummaging through a box that had some of the equipment and I found in the bottom 2 rolls of "hand rolled" Tri-X film that my Dad rolled himself.  He shot so much film that he was rolling his own to save $$. Some of the equipment in the box was several film rolling devices & about 50 empty reusable 35mm film canisters.

We'll I'm going to dig up his old Nikon SLR and run both rolls through.  I'll process them both in the stainless steel developing tanks that he used to own that are now with me.

Should be nice, and fingers crossed the film is still good.
Posted by Steven Brokaw at 1:00 PM No comments:

Peel-Apart "Pack" Film is No More 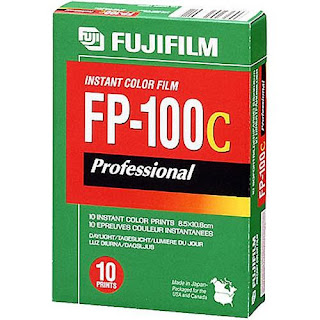 If you are a film photographer, especially someone who shoots instant cameras like the old-skoolie Polaroid 600 line, SX-70, Polaroid Pack cameras, etc., you may have heard FujiFilm has decided to pull the plug on it's last pack film, FP-100c.  I'm one of those photographers.  Every model shoot I do in studio (yep, that's what I do as my main photo gig) I use some form of instant camera for behind the scenes shots and give-aways.

Actually, as news came out it was clear FujiFilm actually discontinued production earlier, and has simply been selling out it's stock.  The day the announcement circulated prices shot up on all online outlets.  That was expected. The same thing happened when FujiFilm off'd their B&W version over a year ago.

The uproar was quick by all types of film enthusiast.  Why FujiFilm, why?? Obviously, no word from FujiFilm except for the expected corporate PR flack. Again, that was too be expected.  My day job is as an exec at a huge corporation, and I know by experience any news put out is going to be glowing, moving up, love our customers, blah, blah, blah....  Add the cultural component and you get flack with smiles & no comments.  Again, expected.

There are several efforts ongoing to convince FF to rethink their decision, sell their equipment or licence the technology for peel-apart film.  Personally, I think this will go no where, but fingers crossed.

What does this mean to me as a photographer?  Honestly, not a lot.  While I love playing with my Polaroid pack cameras they were more of a novelty.  I have about 6 of them, and regularly used the ColorPack III.

I enjoyed the process, and the look on my model's face when I pulled the film out of the camera and showed them the results a few minutes later.  I would often post online scanned copies of the photo.   However, I never did a themed project with the film, nor was it my primary creative outlet.

The film quality was almost always top notch which was always nice.  While I really enjoy Impossible Project film, the quality of peel-apart film was always superior.  It will be missed and the end of an era for both the film type and the multitude of cameras still in use.  Lets face it, no digital camera will last that long.

Well, I have about 4 packs left and about that many packs of flashcubes as well. I'll use those over the next few months and then that will be that.  I'll still use my Instax cameras (until of course FujiFilm kills off that film) and my Polaroids using Impossible Project film.  In the meantime I hope the efforts to save the peel-apart film is successful.  I'll contribute to the cause as I can.

Posted by Steven Brokaw at 1:24 PM No comments: