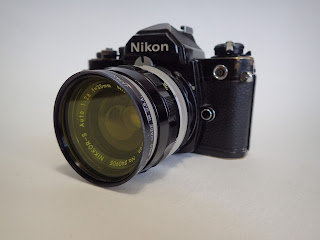 My Dad's last SLR was a Nikon FM.  It's a basic 35mm SLR.  I've used it a few times previously. The camera is heavily used so brassing is considerable.  The film advance lever is a bit sticky and the back film door needs to be jiggled to close properly.  Other than that it works perfecto, but it's been well used.  The light meter is still solid, although I've used Sunny 16 or confirm the settings with an external light meter.

For a recent shoot I used 2 rolls of expired Kodak Tri-X Pan 35mm film. My dad had a 100' roll which expired on 9/1986.  About 1/2 of the roll was left.  I hand rolled the balance in DX coded cartridges.  I previously used 1 roll that was professionally developed.  The photos came out very muted with minimal contrast.

This time I decided to shoot the film +2 stops.  I also used a yellow filter on a 35mm lens.  The goal was use both the increased stops and the filter to increase contrast. 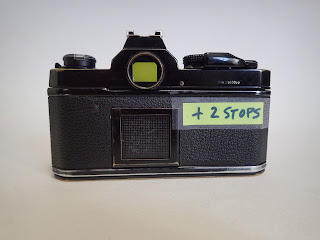 I photographed the film on a sunny day with lots of natural contrast.  I metered each light change and then added 2 aperture stops.  Several times I took the same shot 2 times and added another stop. Why?  Why not.

Bottomline, both rolls and all images came out.  I had a few light leaks due to the back door gap, but that's kind of cool.  The 2 added stops greatly improved the contrast on the film.  Next time I might go without the yellow filter to see if the contrast is still solid.

The main problem is that the grain is almost completely broken down. The grain is highly pixelated in digital terms.  This makes the photos almost unusable if cropped or blown up at all.  I scanned at 1200 DPI, so these are low res.  I might use Ilfosol 3 or Kodak D-76 to develop the 7-8 rolls I have left after I shoot them.

Bottomline, it's fun to use because of the camera and film's legacy.  However, any other time I'd use contemporary film stock.  Some examples (unedited): 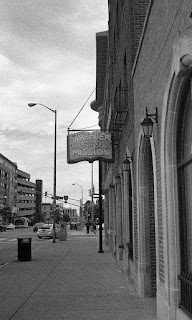 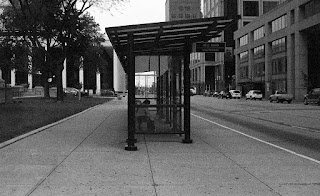 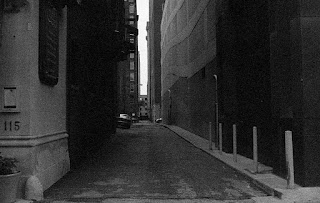 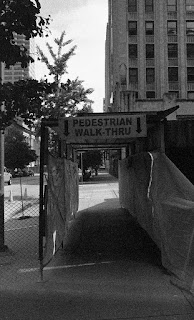 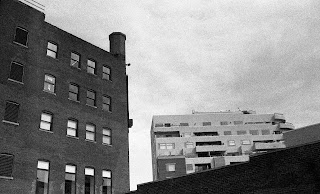 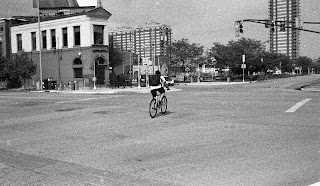 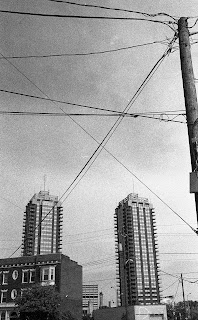 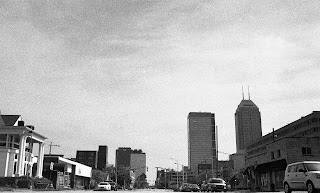 Posted by Steven Brokaw at 5:53 PM No comments: 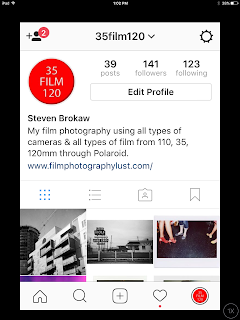 I regularly use Instagram for my studio based portrait & beauty digital photography.  I use StevenBrokaw for this side of Instagram.  However, I shoot lots of film, but I don't put any of this work on my Instagram page.  Except for now!!

I recently launched a second account which is film photography related only.  I've named it 35Film120.  Why this name?  Honestly I couldn't think of anything catchy.  I'm under the impression the audience for film images is different than my studio work.  Therefore, a separate account.

The goal is to use 35Film120 for film photos using all types of cameras...and trust me, I have them plenty.  Although 35 & 120 is my preferred sized film I also shoot 110, 126, 620, Impossible Project. You get the idea.  I also intend to post behind the scenes, etc.  I'll try to include camera type and film stock used on each image.

Already having fun posting recent photos.  I might occasionally post one from the archive as well!
Posted by Steven Brokaw at 1:29 PM No comments: