I had an editorial fashion model shoot this week in studio.  Did I mention that editorial & commercial fashion with digital is what most of my photography focuses on?  One of the things I do during a model shoot is play with assorted instant cameras for behind the scenes shots.  This week's shoot with Danish model Marie Smed was no different.

One of the cameras I used was my trusty Polaroid ColorPack III with Fujifilm FP100-C film and Sylvania flash cubes.  The camera and the flash cubes are older than my model.  Just for fun I did a split image shot just for giggles. 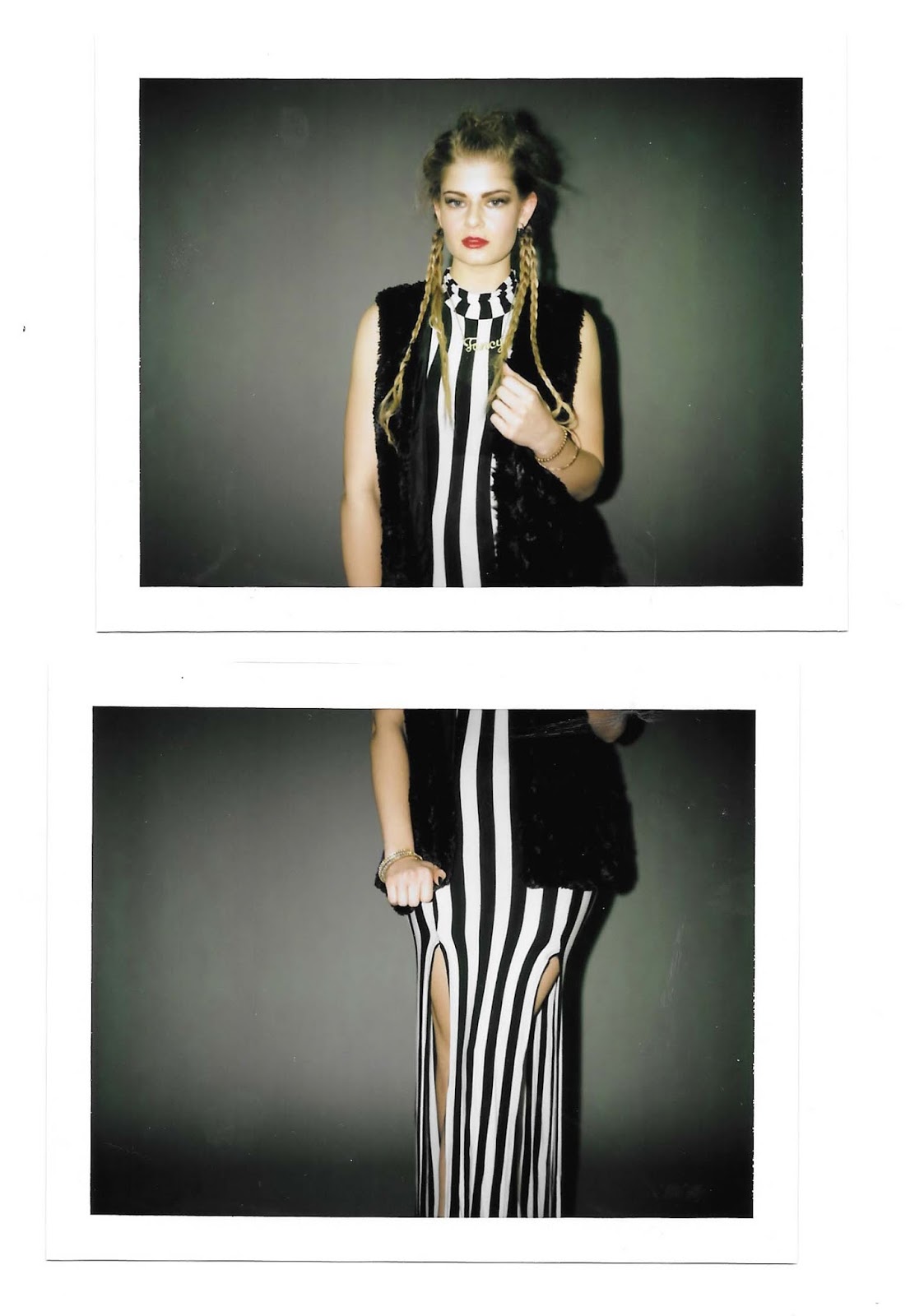 Posted by Steven Brokaw at 10:00 AM No comments:

I've Been A Busy Boy

OK, OK, I know you've been breathily waiting for me to post again more regularly.  As I mentioned in my last post, it's been super busy on the digital side of my photography jones, so I haven't been able to spend much time on film & therefore my blog.

Not to fear.  I still take a film camera out with me regularly, and just got a couple of rolls back today from Roberts.   Got film developed and scanned to disc from a Vivitar PZ3090 point & shoot and an Olympus Stylus Zoom 70.  Both came out really well.  Stay tuned to this channel for more detailed posts on both. 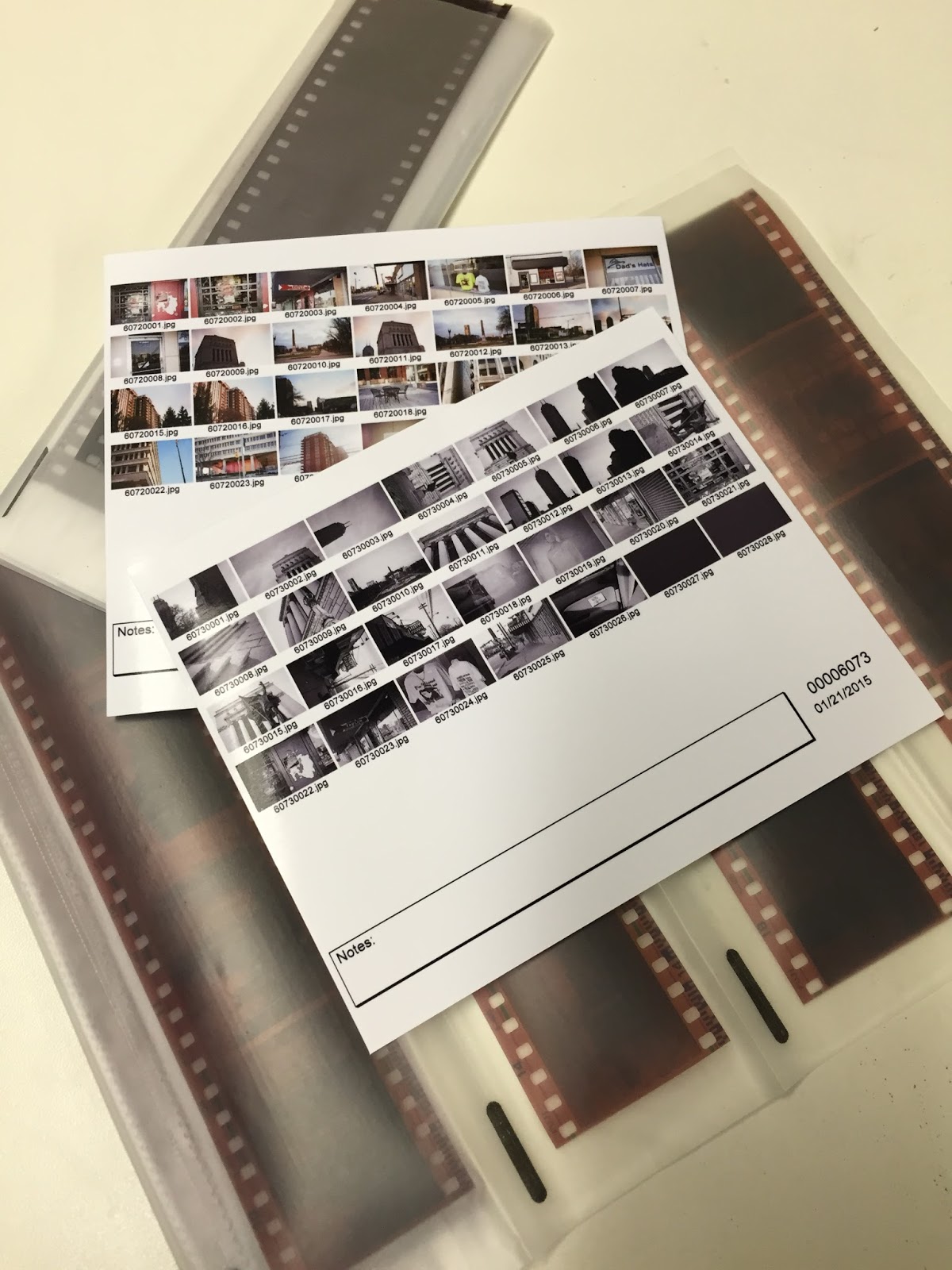 Posted by Steven Brokaw at 10:00 AM No comments:

Ooopsie, I've been super busy with my digital photography side of things, so I've not had a chance to work much on film.  I picked up a couple of rolls today, so I thought I better get back to my blog.  Here goes.

I purchased a Vivitar PZ3090 point & shoot from Goodwill, and kind of like it.  Compact, easy to use and packing a 38-90mm lens.  Really good range for a point & shoot.  It was clean.  It also packs a flash which is very useful for indoor settings.  I loaded it up with a new battery and plopped in a roll of Ilford XP2 400 B&W film.

The camera was very responsive, and easy to use.  Just what you need in a point and shoot.  Here's a shot of the Indiana World War Memorial monument in downtown Indianapolis on an overcast day. 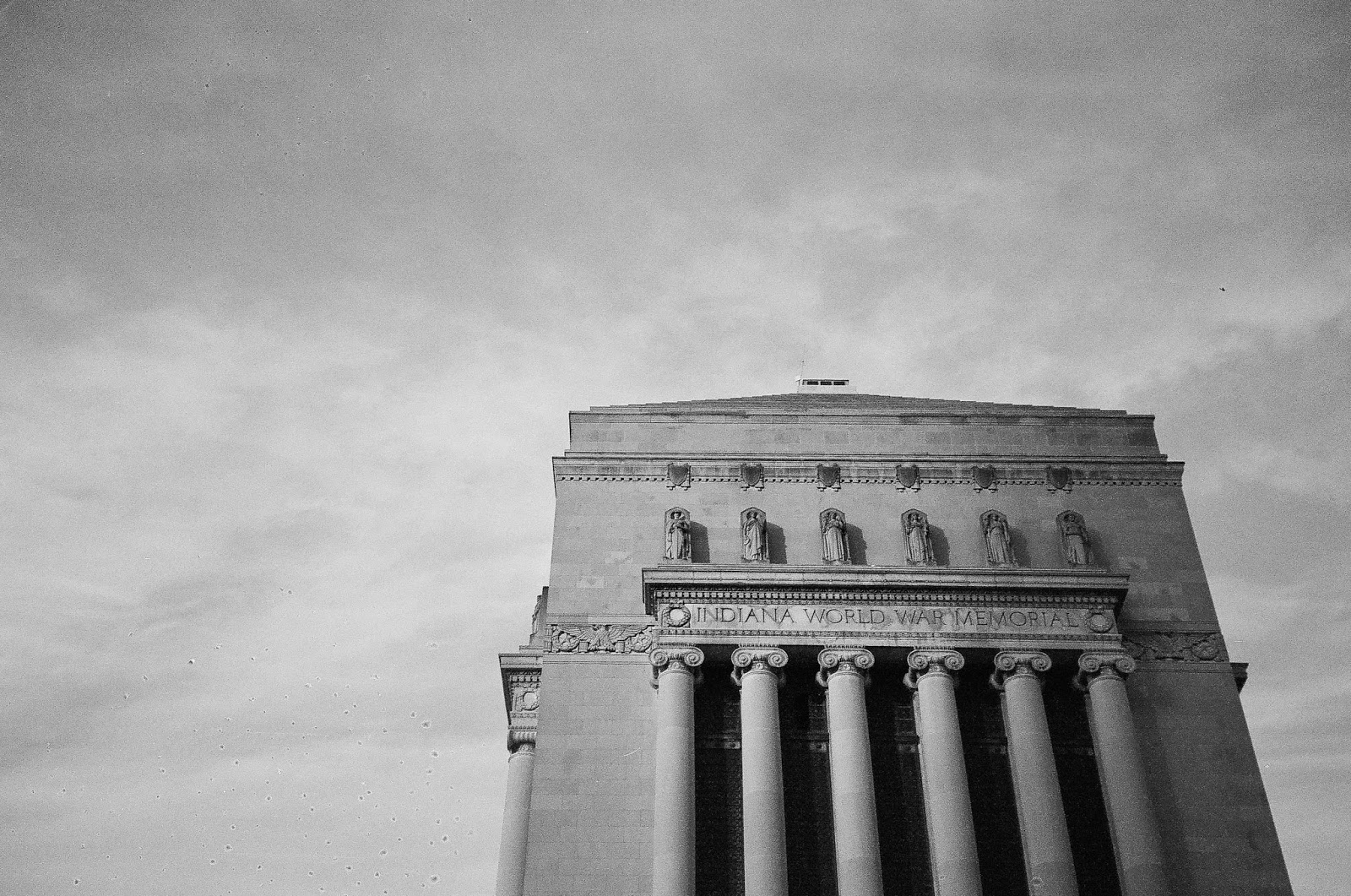 Posted by Steven Brokaw at 12:21 AM No comments:

Instant Photography For Behind The Scenes

OK, by now you know I use Polaroid & Instax cameras during my editorial fashion & model shoots both on location and in studio.  Why, well...because.  No real reason except its fun to get instant output and they are easy to share.  The downside...oh, man it can be expensive.  Anyway, yesterday I was doing a catalog shoot for a local Indianapolis fashion boutique, Lucky B Boutique.  We did the shoot at the new Broad Ripple Hotel.

It was a super cool, small hotel.  I had my lighting & camera equipment spread out all over the place. Creative team was everywhere.  Anyway, had a chance to take some behind the scenes photos with my FujiFilm Instax Wide and my Fujifilm Instax Mini.  Tons of fun.  Here are a few.

Posted by Steven Brokaw at 11:15 PM No comments:

My Dad was an avid photographer.  One of the cameras he had was a super cool Polaroid SX-70.  I inherited it from him after he passed.  As you might know I shoot instant photography as part of my film repertoire.  I've been waiting to use this camera for some time and just recently bought a few packs of SX-70 color film from the Impossible Project. 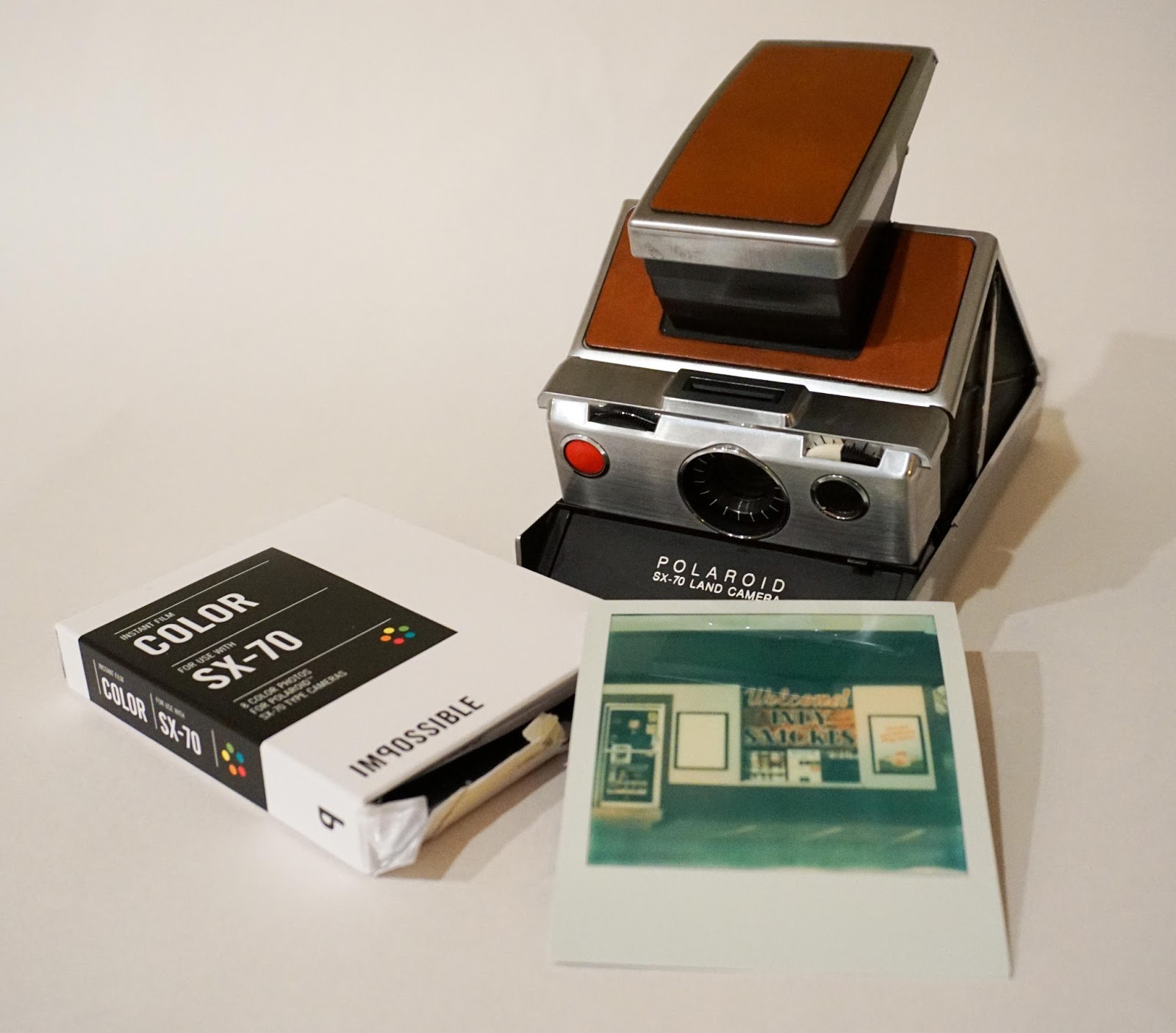 I went out today with a number of film cameras to shoot around downtown Indianapolis.  One of the cameras was the SX-70.  I honestly don't know when was the last time my Dad used this camera, but it appeared to be in great shape.

Unfortunately, after the first shot something must have come loose inside.  The camera wouldn't close properly and when I opened it up the viewfinder was dark.  The line of sight through the lens appeared to be blocked.  I haven't looked at a schematic of the camera, but it's like a mirror inside got stuck.

That kind of stinks because I wanted to use this camera for behind the scenes photos during my next model shoot.  Oh well, I'll keep it on my Polaroid display shelf since it was my Dad's.  I did get take the film pack out in a dark room and replace the black cover and reload the film in a different SX-70 camera.  Can't afford to let the film go to waste.
Posted by Steven Brokaw at 8:16 PM 1 comment: