Cameras I Found - Polaroid OneStep Plus 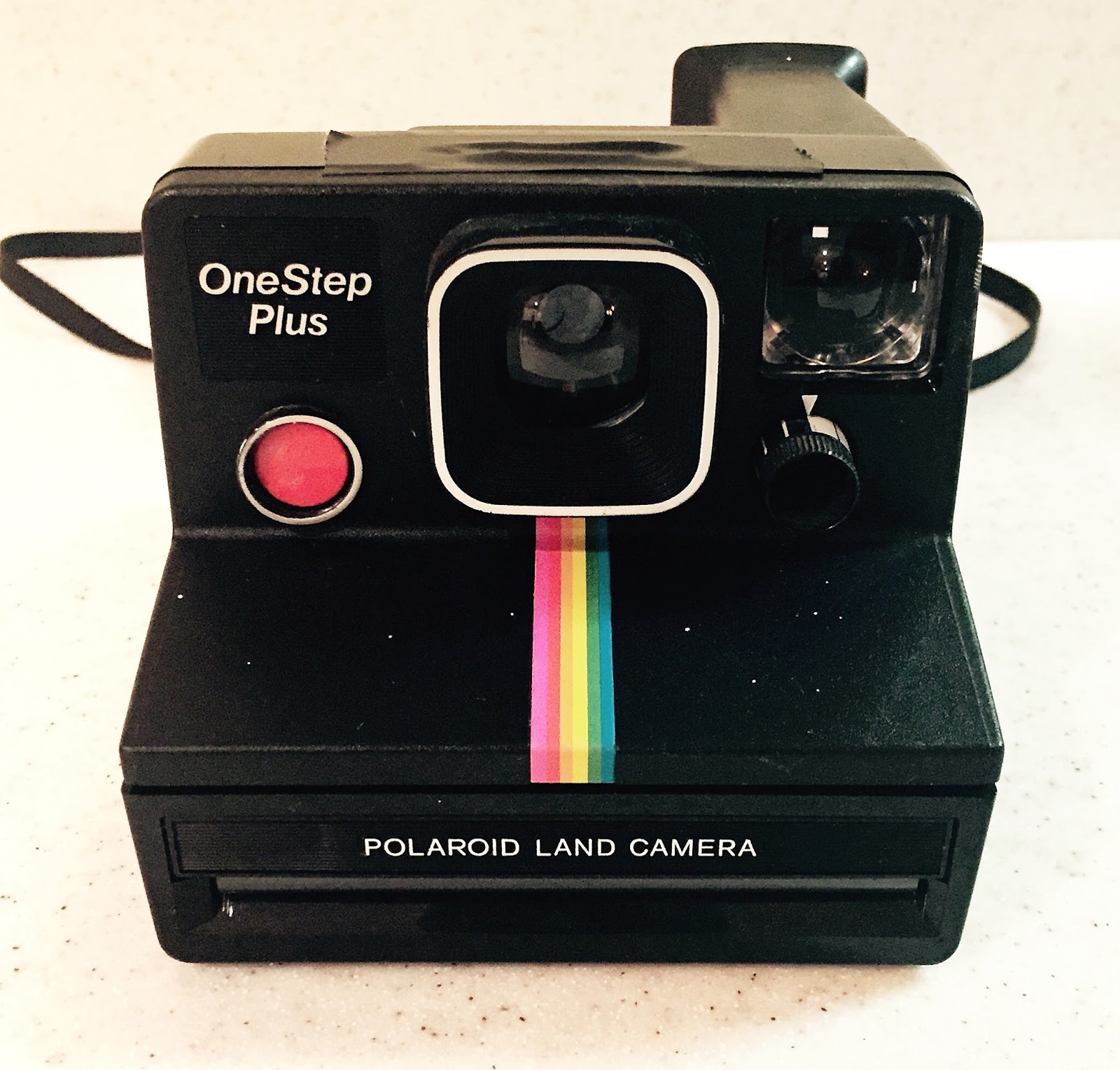 As normal I stopped at the Goodwill Outlet near my office on the way home yesterday.  Look what I found, a Polaroid OneStep Plus Land Camera.  One with the cool rainbow logo. This camera uses Polaroid SX-70 film, which isn't to be confused with Polaroid 600 film.  It was mine for only about 50 cents.  Sweet.

I have purchased about 30 Polaroid cameras over the past couple of years, and all about 3 have worked.  The only thing that worried me about this camera was a crack on the top where the flashbar plugs in and the shutter release button appeared to be recessed too far.

Surprisingly, there was an empty SX-70 film cartridge in the camera.  Not sure how old it was, but I wanted to see if the battery was still good.  I wanted to test if the camera worked.  I took out the film and reinserted it, and the gears whirled.  I also put some black electricians tape over the crack.  Therefore, until I test the camera with some live film it appears to be working.

Next step, buy some Impossible Project film and give it a try.
Posted by Steven Brokaw at 7:53 PM