Split Personality? - Nope It's The Split-Cam 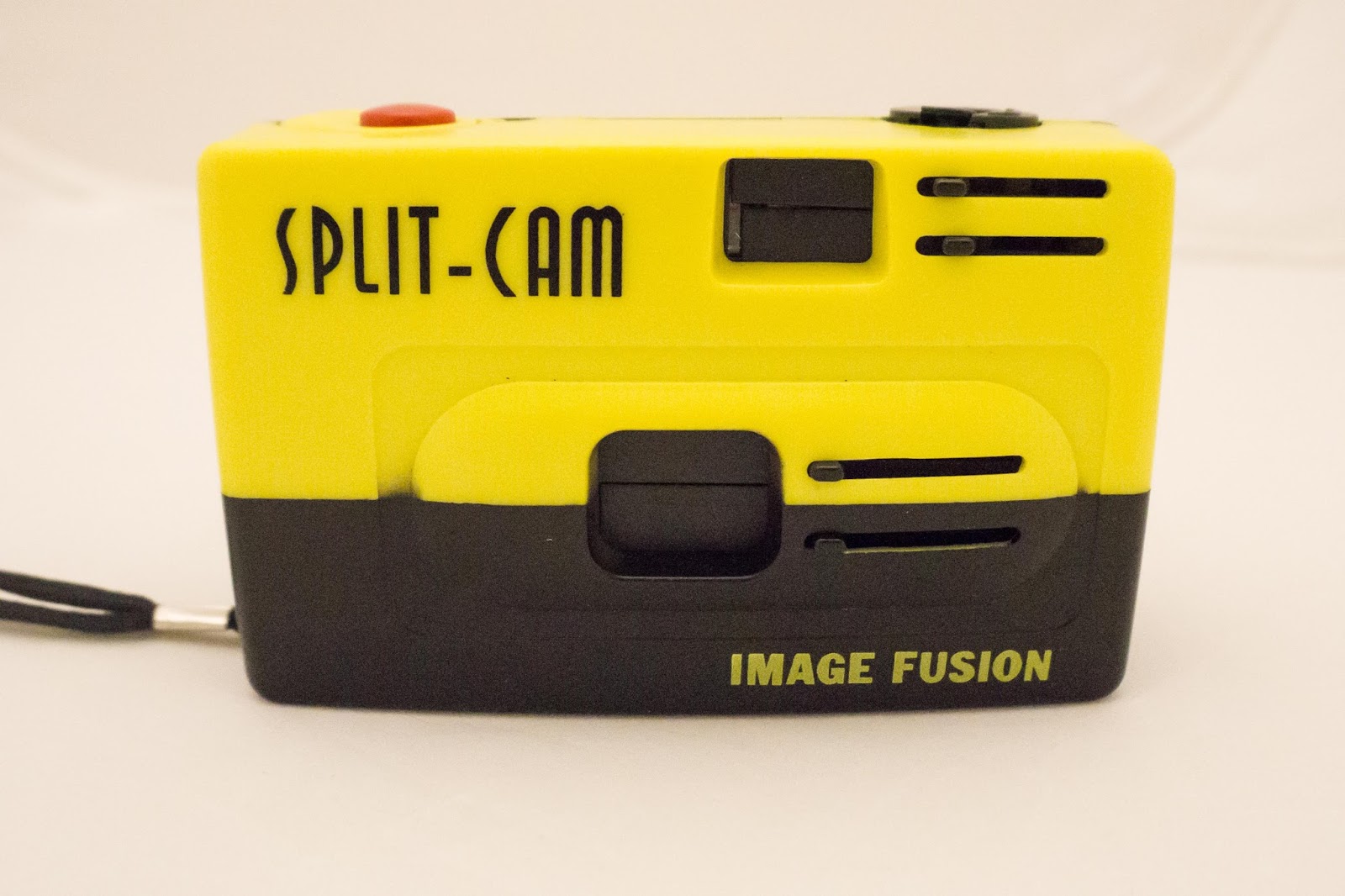 Time to discuss another toy camera.  This time it's the Accoutrements "Split-Cam" with Image Fusion Technology.  That's right "image fusion technology" - impressed yet? This has all the requirements to be a toy camera.  It's plastic, it's low tech, & it produces unique or light leaky photos.  And, it's made in China.  The company that sells them is Accoutrements who has the tag line "Outfitters of Popular Culture"...OK, if you say so.  I bought this beauty new in package on eBay.

The unique feature of the Split-Cam is that you have black plastic sliders that slide in front of the lens & the viewfinder.  Each slider is 1/2 the size of the lens & viewfinder that cuts the image in 1/2 horizontally.  Simply slide one slider closed and the other open both on the viewfinder & the lens.  Next you take a photo.  Push the little switch on the back of the camera to re-cock the shutter (you don't advance the film yet).  You then switch the sliders, recompose the photo and shoot again.

If you do it correctly you get a "fused" photo, one on top and one on bottom with a fuzzy line in the middle.  In theory it's a good idea, but on my camera, it didn't work so well.  The sliders didn't stay shut or open completely every time, or sometimes I forgot to change the slider.  My first roll was just a test, so not surprising.  The biggest issue with my camera is the line between the top and bottom half is not crisp.

But hey, repeat to yourself Steve, "It's a toy camera".  No one that sees the bumblebee colors would think anything other than that.  Even the instructions say's "taking pictures with the Split-Cam is about trial & error.  Forget everything you've been taught about "good" photography.  This is fun photography.  This is art photography".

Specs are fairly limited.  The lens is a fixed f/8 aperture with a fixed shutter speed of 1/100.  There is no hot or cold shoe.  The instructions say you can use any 35mm film but then says it works best with 200 ASA film outdoors / bright sunlight.  More instructions "he Split-Cam is not equipped with flash. Outdoor use is recommended".  Also, it's not really a run & gun camera so using it indoors at a party probably isn't going to work. 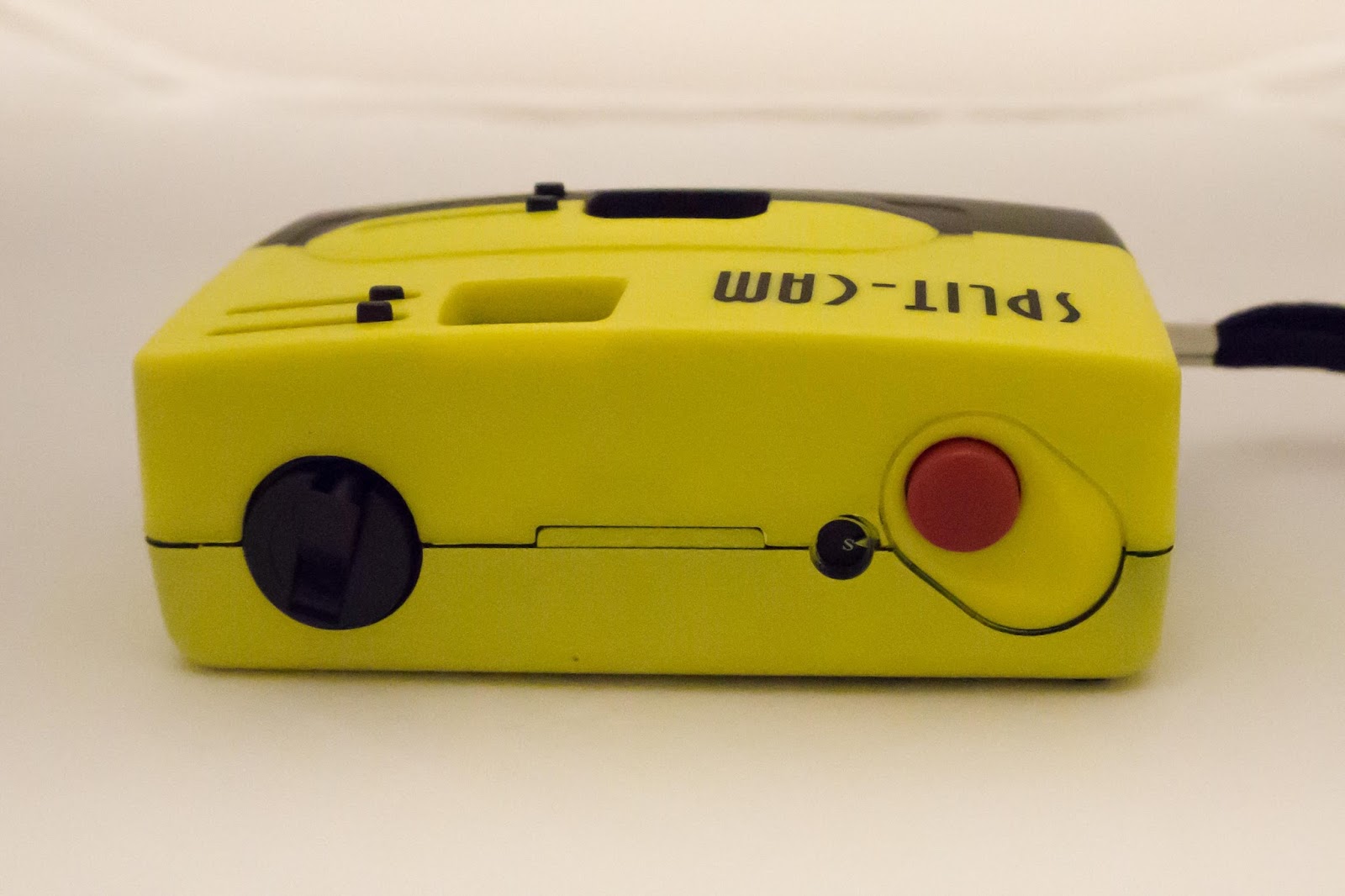 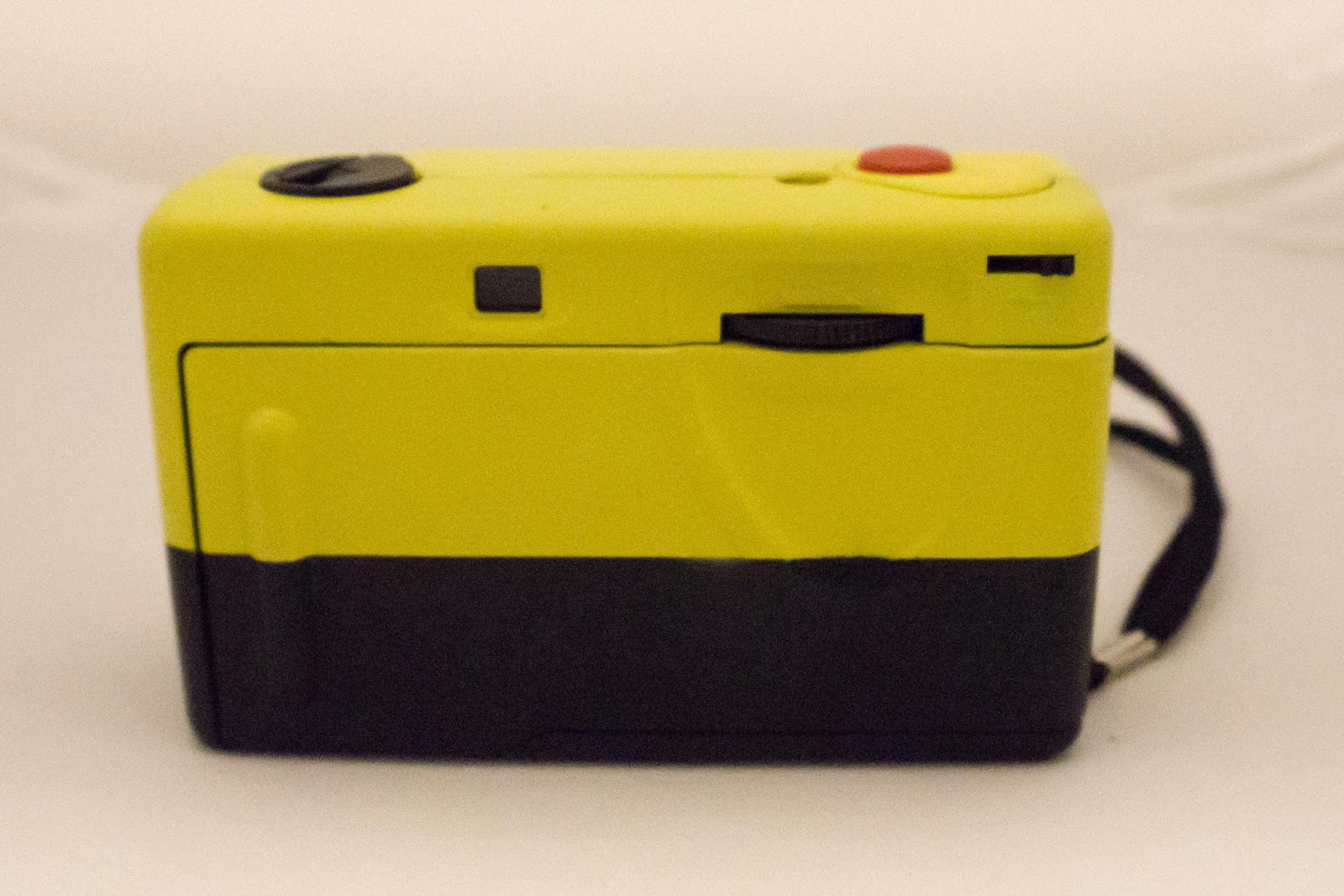 As you can see, the camera doesn't have much detail.  The front has the slider switches next to the viewfinder & the lens.  The top has the film rewind knob, the shutter release & the counter.  The back the viewfinder, the shutter re-cock switch and the film advance knob.  That's it.  Load it with a roll of 35mm film and go out an play.

Here are a couple of photos using a roll of expired Mitsubishi MX-III 400 ASA color film that I took while out on a long bike ride and a street shoot downtown.