Next up is my Chinon Flash II.  Yes, a classic "toy camera" or as I've read these types of cameras called a "trash cam".  It's ever the bit of a plasticy camera that tried real hard to look and feel like a high end rangefinder.  Yes, it's a Japanese camera, but this beauty was produced in Hong Kong, and I can tell you from living in Hong Kong, it's a cheapo camera.  It even has a weight in the base of the camera to give it more heft (not that they would fool a knowledgeable photographer into thinking this is a professional camera).

But you know what, it works.  I got this camera at the local Goodwill outlet last year and paid no more than $0.50.  I've run a few rolls through it previously with reasonable results, including a fair amount of light leaks.   I recently put a roll of Konica Monochrome VX400 through it for this blog post.  The funny thing about the film is I bet it's at least 15 years old.  I have no clue when I bought it, but it was in an old camera bag I hadn't opened in years until recently.  Hmmm, will it work?

The Chinon Flash II is mounted with a "Chinon Color Lens" which says it's "Made in Japan".  Not really sure what a "color" lens is, but OK.  I didn't find much about the camera online, but Chinon made a range of point & shoots and film SLR's.  The lens is 38mm lens with f/4 printed on the face.  However, the lens barrel has a standard Sun, Cloud, Flash indicator which tells me the aperture is variable, so I guess the widest is f/4.  Not very speedy, but a great focal length for street and general photography.

The camera has a flash activated by sliding the flash out from the camera body.  Mine is loose so it's tough to operate as it gets jammed.  But, it's effective.  Takes 2 AA batteries which is convenient.  The batteries also runs a basic light meter activating a bright, little red light in the bottom of the viewfinder indicating the image is too dark.  The light meter is on the front of the lens.  Seems to work pretty well.  Film range is limited to 100 - 400 ASA.

Easy to load with a standard film advance lever.  Shutter release button sits comfortably at your finger, sticking up very high.  There is no shutter release lock which would be nice for the prominant shutter release.  Here are photos of the top & back. 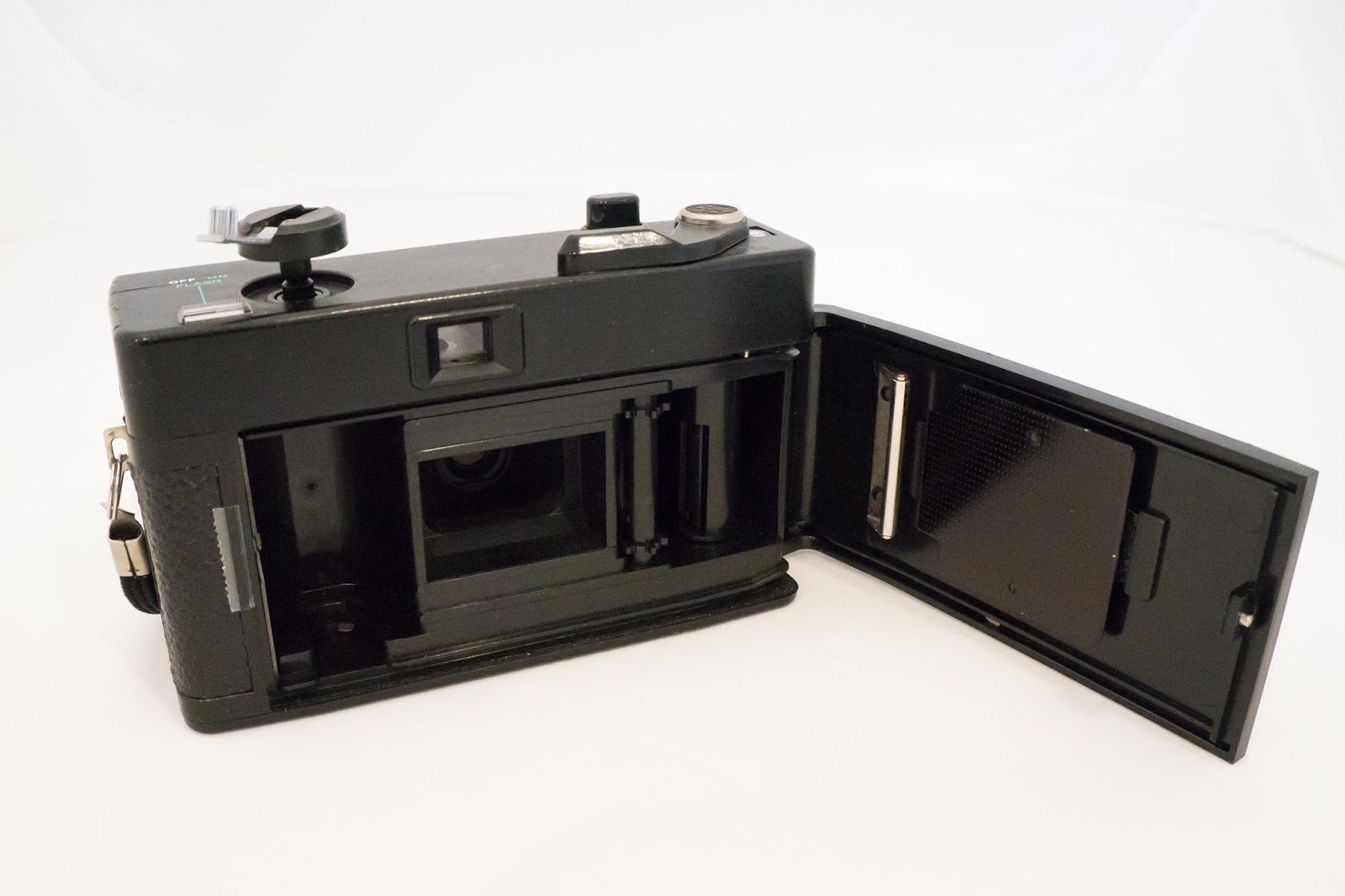 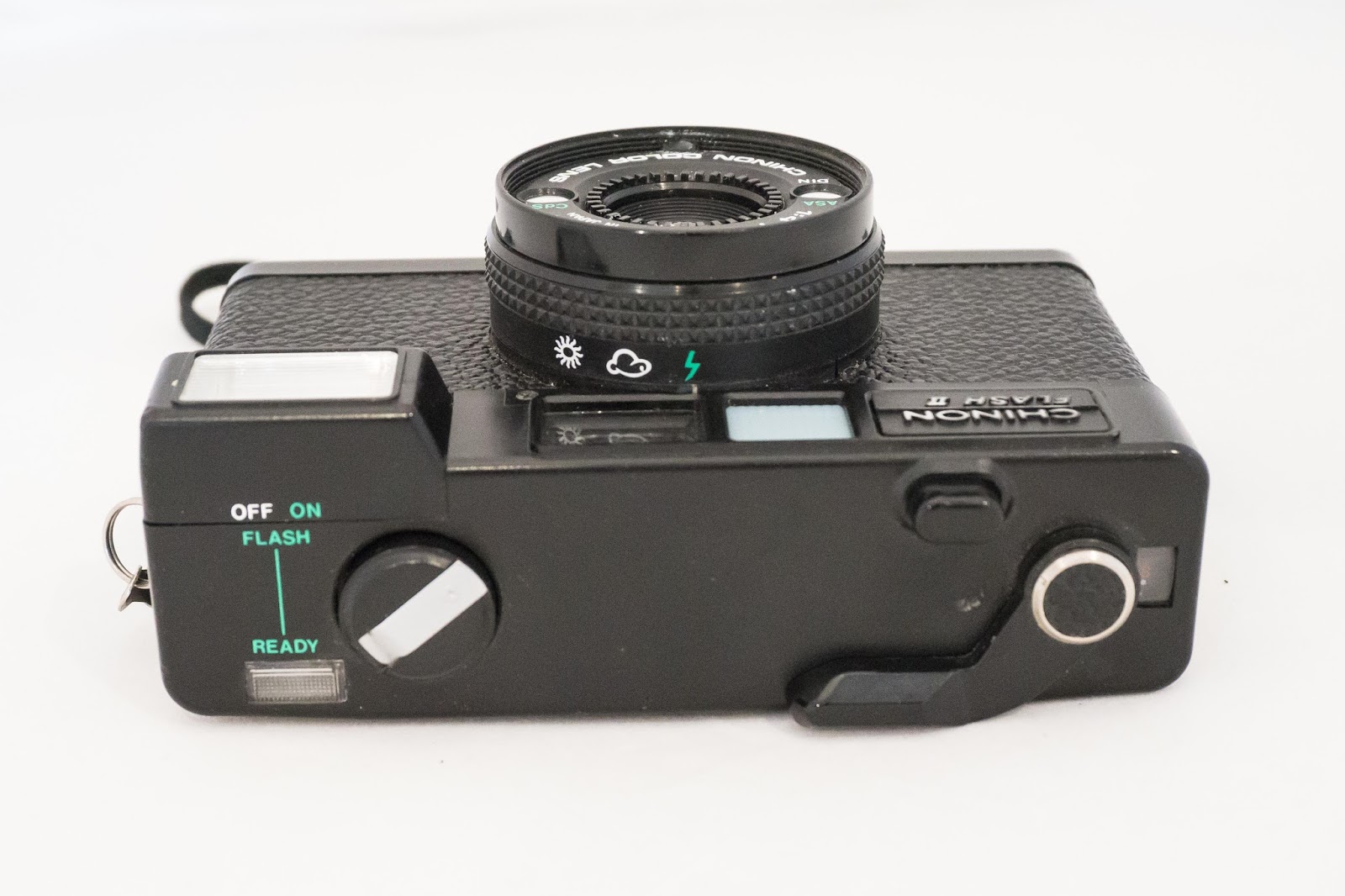 Overall, a fun, simple little camera.  No focusing, just point & shoot.  If the red light pops on then simply turn the barrel through the 3 symbols to get it to proper aperture.  If the light is still on then activate the flash.

Here are some photos.

Posted by Steven Brokaw at 9:49 PM