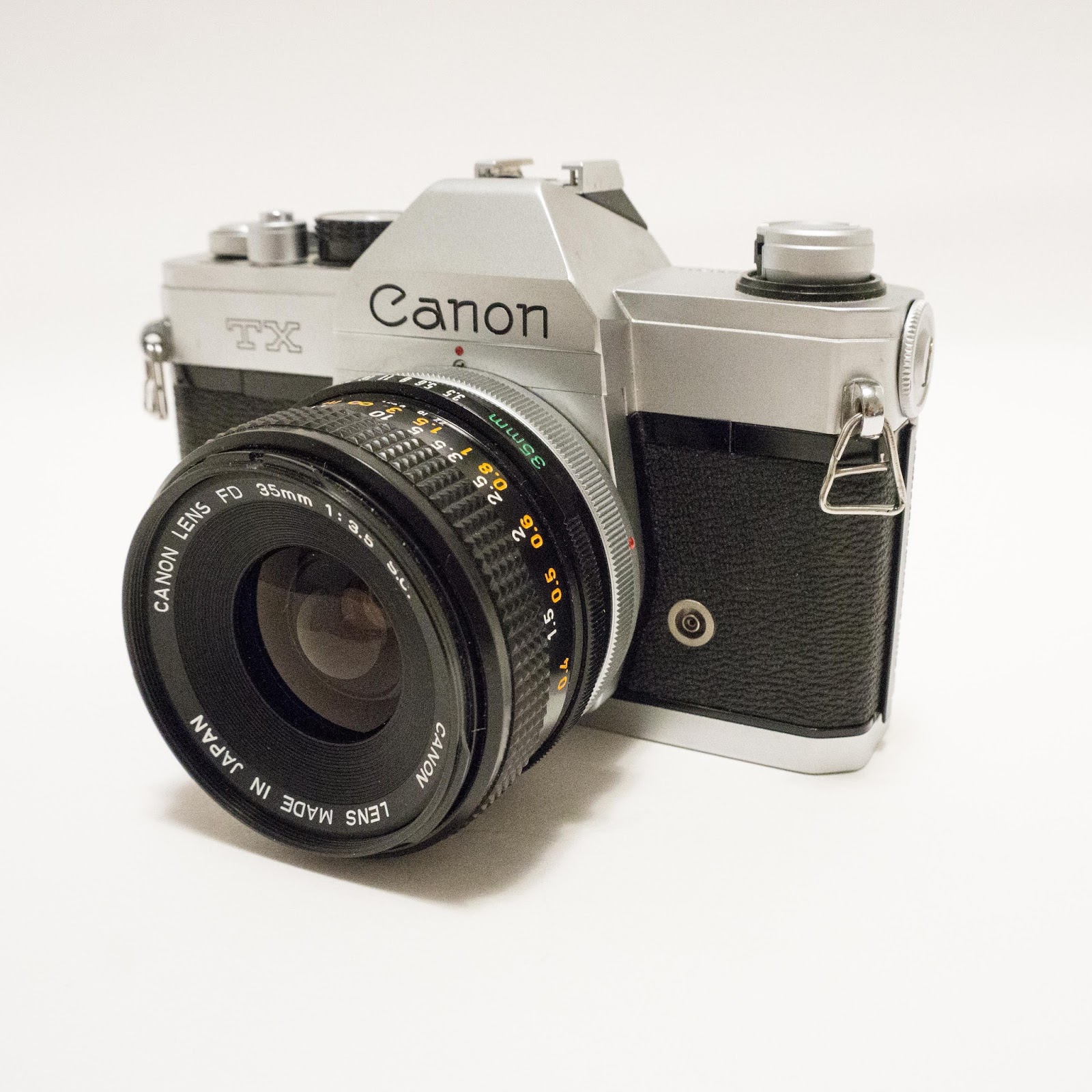 So you wanted to be a stud as a young photographer back in the 70"s?  Of course you wanted to be.  But Steve, how did YOU do it?   Me, I got a top notch film SLR right after I graduated from high school.  By then I was seriously into photography.  I had some really cheap film cameras in high school, but then I finally bought a solid SLR, the Canon TX.  Although this was a consumer grade SLR, for a young guy it was the bomb.  No one in my group of friends had anything this cool.  Yep, a stud.

Joking aside, the Canon TX was a solid SLR.  A tank.  Extremely basic with only a simple light meter.  Other than that the TX is fully manual.  I "think" I bought it in 1975.  Canon produced the TX between 1975 to 1979.  It came with a Canon FD 50mm f/1.8 as a kit.  A perfect standard lens.  I have no clue how much I paid for it, or if my Dad gave me some $$$ for the camera.  I used it constantly for years.  Not sure when I stopped using it, but I found it about a year ago in an old box of camera equipment in my store room.  Time to use it again.

I shot it for the first time in years this month.  I used a roll of Ilford XP2 400 for the test.  I also decided to buy a Canon FD 35mm f/3.5 lens at Roberts Camera so I could get something wider.  A nice lens, but not very bright.

The Canon TX is a manual focus 35mm SLR.  There is a split circle in the viewfinder that is used for focusing.  You simply line the top and bottom portions of the circle together and then it's in focus.  The speed goes from B to 1/500 max.  Not really very speedy.  ASA range from 25 - 1600.  The camera has a hotshot and a maximum flash sync speed of 1/60.  There is also a PC connection for flashes or for syncing strobes.  There is a match-needle light meter.  On the right side of the viewfinder there is a needle that moves up & down based on the light.  You simply turn the aperture ring to an aperture so the little circle lines up with the needle.  It requires a 1.35V battery.  The camera gives you a really solid "clunk" every time you push the shutter release button.  Not stealthy at all.  Here's the back and insides

I loaded the camera with the appropriate battery, but the meter doesn't work.  Therefore, for the shoot I used the sunny 16 rule.  I was playing it by ear.

OK, here are the results.  With the Ilford film (remember I'm estimating the settings) only the photos in sunny condition came out with little / no noise.  I also took several images under cloudy conditions & low light.  Tons of noise, with some coming out unusable.   Again, this is probably my guessing the settings versus the camera / film.  Next time I'll use my Sekonic light meter.

Bottomline, this camera is a tank.  A good, basic camera.  It can be used without a battery, but it's better if the light meter works.  What I like about this camera is that it was my first SLR, and fundamentally it still works.  I probably won't use it much in the future because I have better cameras.    Maybe try a roll of color film?  However, it will hang out on my display shelf because it was my first.

Here are some of the photos.

Posted by Steven Brokaw at 8:30 AM