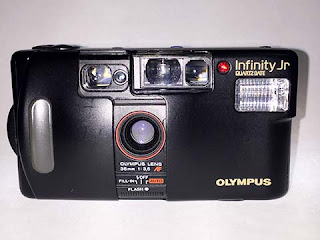 I like to occasionally use 35mm point & shoot cameras.  Why, because I don't have to think about features. Don't get me wrong, I like full featured or completely manual SLRs, TLRs, medium format cameras as well. It's just sometimes I want to point & shoot.

The Olympus Infinity Jr. is such a camera. I found this camera at a Goodwill some time ago. I finally had an opportunity to shoot a roll of B&W and the results came out OK. I had shot a roll of color previously. Nothing special, but that's what I expected because the color didn't come out anything special either.

The Infinity Jr. has a fairly sharp 35mm f/3.5 lens. It's somewhat quiet, but there is a noticeable shutter sound. This makes it OK for street photography. It's not quit pocketable, but easily fits in a small bag or purse. There is a sliding lens cover which is nice. Sliding it open turns the camera on. Features are minimal. There is a self timer, DX coding, a flash that can be set to auto, fill & off. A mode function in the back that lets you set the date stamp (although on mine this function doesn't work).

I shot a roll of Freestyle Arista.EDU film around town in both sunlight, overcast & moderate lighting. All the images were a bit soft but perfectible useable. Uses a standard 3v 123A battery.

I probably won't use this camera again since I have many other point & shoots that are sharper, faster & more pocketable. However, if you have one, you shouldn't kick it out of the bed. 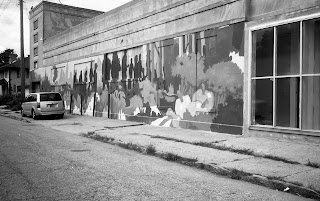 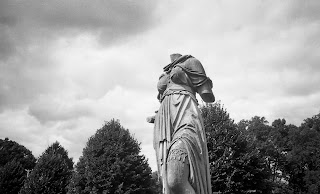 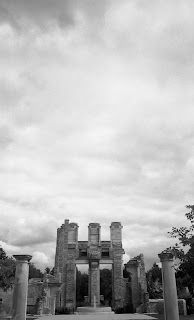 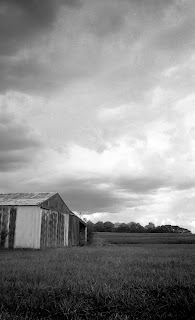 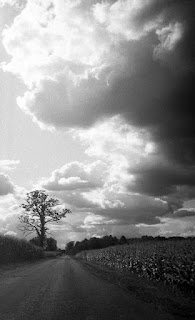 Posted by Steven Brokaw at 1:32 PM