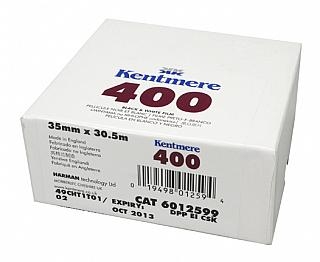 Harman Labs produces and sells Kentmere films which leads me to believe that Kentmere is a "cheap", lower QC version of HP5+.  Good enough for me to give it a go.

I brought several bulk loaded 36 exposure rolls with me to a street photography afternoon in downtown Louisville. It was a "murky" day.  Bright but extremely hazing and overcast.  No direct sunlight, or shadows.  It was like being in a giant softbox.  I wanted to do general street scenes.

Because it was overcast and I wanted higher speeds I pushed the Kentmere to 800. Ilford HP5+ is very push friendly, so I figured this would be as well.  I had hoped to push the film to 1600 but my camera mysteriously locked up when I set the ASA dial to 1600.

My camera of choice for the street shoot was an Olympus OM10. I purchased this camera at a New York charity shop for $20. Works A-OK (except the weird ASA issue) and is clean. 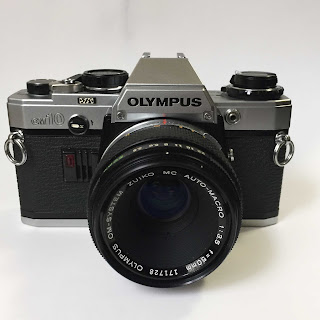 I shot 3 rolls in this camera. Once home I developed the rolls in Ilford Ilfosol3 for 6.5 minutes. I scanned the negatives with an Epson V800.  Imported them into Adobe Lightroom Classic and used the tool to crop & adjust the histogram only. 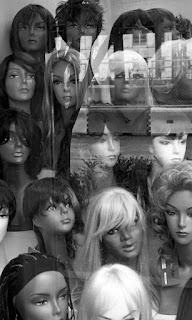 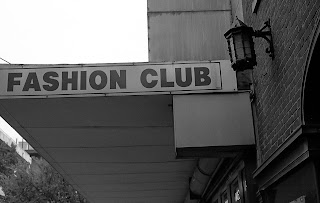 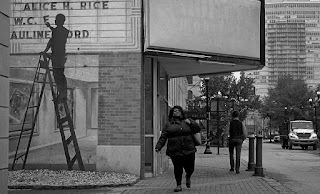 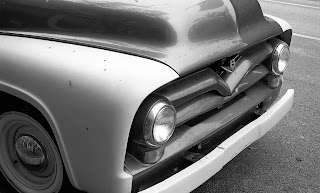 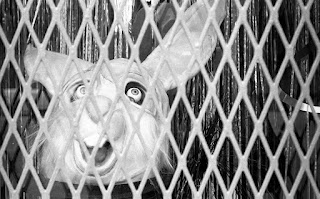 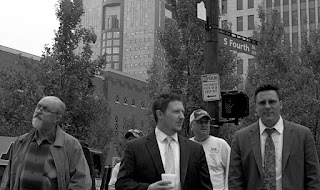 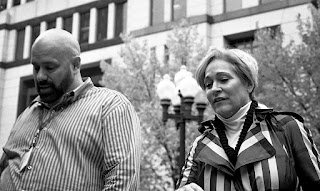 Overall, I'm happy with the film. It pushes easily to 800 (will test at 1600). The blacks are black & whites white. The grain at 800 with Ilfosol3 is very manageable and pleasing.  I'll be running a side by side with pushed HP5+ soon, so stay tuned for that.  Bottomline, a good general purpose B&W 35mm film.

Posted by Steven Brokaw at 2:22 PM