I Have A Need, A Need For Sprockets

Recently I got the itch to shoot a roll of 35mm film with exposure all the way into the sprockets. Kind of a cool look, and I've never done it before.  Online I went to see how it could be done.  After reading a few blog posts, checking with Twitter friends, & watching a few videos I decided to give it a try by slightly hacking my Holga 120.

The Holga is a 120 sized film camera with limited / no controls.  It's simple so it's easy to mode & there were plenty of blog posts and videos on using one for sprockets.  OK, here we go I said.

My technique is to cut a plastic screw-top bottle cap in 1/2 and use it as the stabilizer for my 35mm roll, tape up the red window, and mode the receiving reel so the 35mm film doesn't slip around.  I also read up on how to advance the film using the Holga "clicks".

Here is what I finished last night in pictures

First, my camera and the split cap 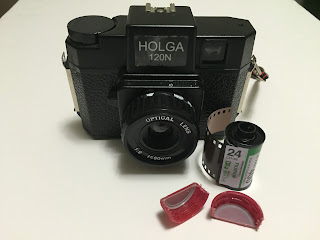 Back open, and receiving spool removed 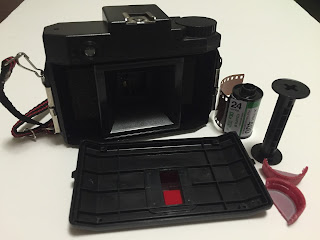 Gaffer tape handy and ready to tape over the red window so I don't get light leaks.  This is important since the 35mm film doesn't have backing paper like 120 film 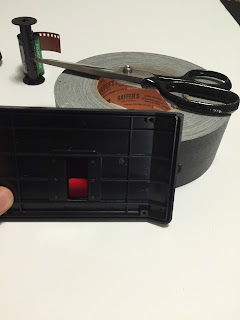 Once side taped up 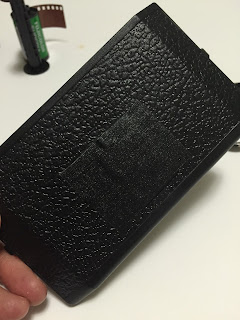 Inside too, why?  Well, why not 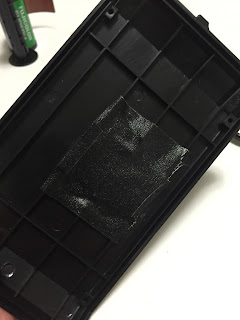 I didn't see this requirement on any of the blogs or videos (the recommendation is just to tape the film leader onto the spool).  However, I wanted to make a small channel the the film could wind in to keep film somewhat stable. 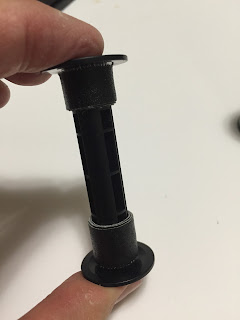 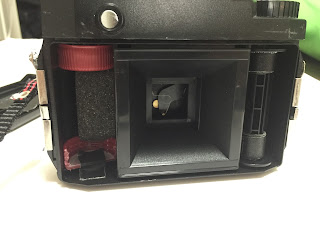 The film fit perfectly between the 2 halves of the bottle-cap, and I cranked the film onto the receiving spool.  I closed the back, taped it shut (mainly because I had some gaffer's tape already cut off the roll) and cranked the film 42 clicks for the first shot. 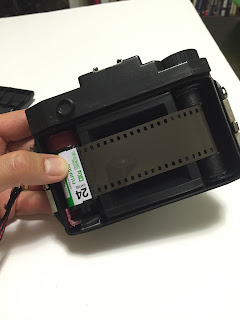 I've got a model shoot tomorrow in the studio and will bring this Sprocket Rocket with me.  After the shoot I play around with the roll.  I'll probably develop it pretty quickly and will followup.  The only challenge at this point is to figure out how to scan the film.  I'll deal with that later.