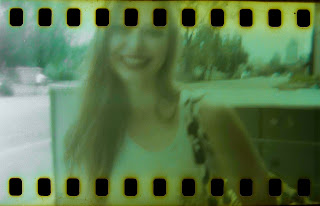 I've wanted to shoot 35mm film with sprockets in a 120 film camera for some time.  Finally, got around to it.  I like the look and had seen it done several times.  After researching how to do it, I decided to temporarily hack my Holga 120N.  Here is an earlier blog post on my DIY hack


Hacking My Holga To Shoot 35mm Film With Sprockets

I think I did it right, so I went out to shoot a roll of FujiColor Superia 400.  I shot in the daylight outdoors after a studio digital model test shoot.

Everything seemed to work A-OK.  I rerolled the film into the canister in a dark bag.  I then processed the film using C-41 chemistry purchased from the Film Photography Podcast Store. At the same time I developed a roll of C-41 shot in a normal 35mm film camera that I trusted as a development control.

Basically, it didn't work (the control did).  All of my shots were super soft (beyond normal Holga soft), and all were way under exposed.  I didn't get images on about 1/2 the 14 photos.  The others were dark and had colors hard to extract. 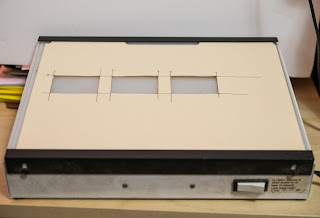 I then brought 3 images into Adobe Photoshop, reversed the image and played with the colors using curves & levels.  Each image was different with it's own unique look.

Here are a couple more of the photos from around the studio.  One of model Gracie Be leaving the studio and one of a train passing by the back of my studio. 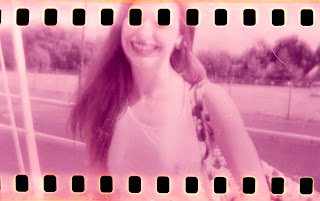 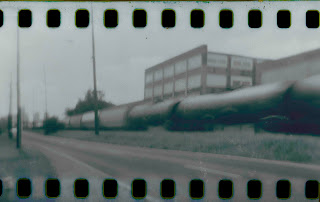 Come on, honestly, these images are sh*t, but you know what they are kind of cool.  It was a super fun experiment. I'm definitely going to give it a go again with a different camera.  Anyway, playing with / experimenting with film is a good Yin to my digital studio Yang.  Dig it.