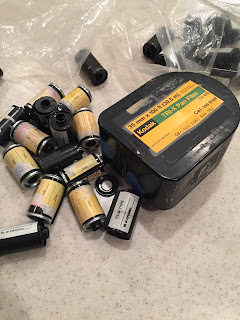 I was going through an old box of photography "stuff" that I inherited from my Dad.  I found a bunch of reusable film canisters and what appears to be almost a full 100' roll of Kodak Tri-X Pan.  I have no clue how much film is still in the roll, but I figured I'd give it a go.

I rolled several short rolls (12'ish exposures) to give them a try. Using the bulk film roller was very straight forward. OK, rolled one backwards which was a bit of a learning experience. The cassettes were a bit stiff to open, but I think that's needed to keep them from popping open. 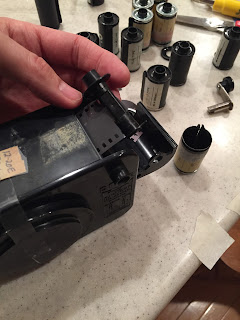 I put tape at the end of the film, but after shooting a couple of rolls, I'll need to tape them better.  One roll had the film come off the spool after I shot it. 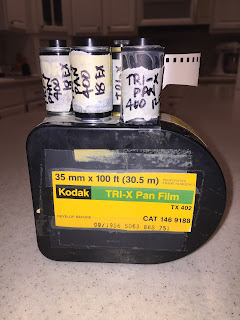 How do you like my labels. Very professional, NOT.  Hey, not a biggie.  Anyway, for the first roll I shot it with a camera I know was good to go.  A Canon Sure Shot which I've used several times previously.  I then sent it off to The Darkroom to take home developing possible issues out of the equation.

Well, got them back and hey, it works!!  OK, it has very minimum contrast (this photo was taken on a sunny day), but I like the fact that I can use a 30+ year old film that my Dad owned. 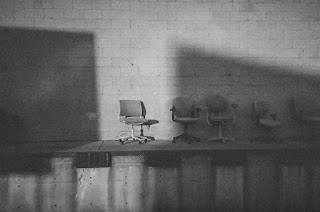 Posted by Steven Brokaw at 7:00 PM