Sometimes You Have To Sweet Talk Your Camera 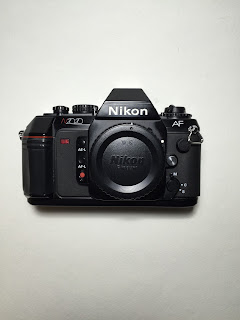 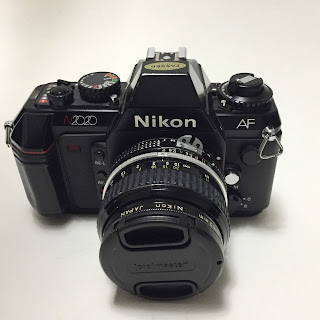 I've got this super clean looking Nikon film N2020.  Not 100% sure where I got it, but I "think" someone gave it to me.  Anyhoo, as I said it looks clean.  I ran it through it's no film paces and except for a wonky AF motor it looked good to go.

I put a trusty Nikkor 50mm f/2 lens on it, and was ready to rock & roll.  I loaded a roll of Fujifilm 400 Color, closed the back, pushed the release button and the film advance.  So nice.

I started to take a few pictures, and nothing.  I mean nothing.  I played around with the settings, checked the batteries, reseated the batteries, remounted the lens, smacked it a few times...you know, just to show it who's boss.   Nothing.  Oh well, a brick.  Since this is more of an automatic camera there is no way to shoot it without the electronics being up to snuff.  So I put it down and said, scrap heap for you.

Anyway last night I picked it back up and pulled out the film.  No way was I going to waste the full roll.  I closed the back and pushed the shutter release.  It suddenly came alive.  WTH?  I reloaded the film I just took out, and it seems to be working.  OK, this is strange.

I'll let you know if it decides to die on my again, or play nice.  Honestly, I should stick to my digital kit.
Posted by Steven Brokaw at 11:30 AM