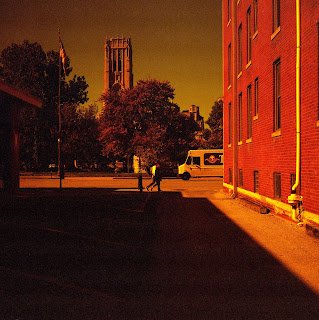 I recently purchased a 2 rolls of CineStill Redrum 120 film. Redrum is a limited run 120 film re-rolled 800T by CineStill. Redrum is a redscale film. 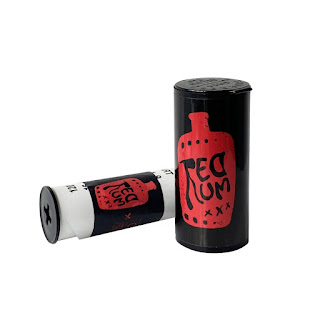 Here's an example of a photo from the CineStill Redrum shot in a Mamiya 6 & developed with CineStill C-41 chemistry. 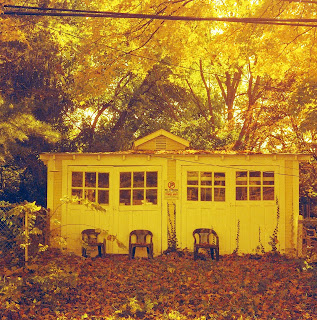 My results had a yellowish red tint. The amount of red can be impacted by the light conditions and the ISO used. The box speed of Redrum is 200, but next time I might shoot it at 50-100 ISO.

Well, I decided to DIY some redscale 120 film. Since CineStill Redrum is 800T I decided to use some expired Kodak Portra 800.

From some basic research on redscale film I read the film is shot through the back of the film and at 200 or lower ISO.

The process I used was simply (in complete darkness):

Not surprisingly, the trickiest part was re-rolling the film. The film has a natural curl from the original rolling and while rolling it up I had to overcome the natural curl. Also, you need to keep the film tight to the backing paper as you re-roll the film so the film doesn't bunch up. In the dark I had to roll, unroll and re-roll it several times to get it tightly rolled. 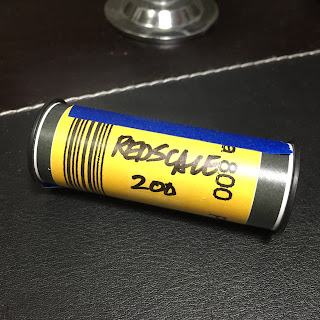 Here are a few images shot in my Mamiya 6 on a fairly bright fall day. The film was shot at 200 ISO and developed with CineStill C-41. I increased the contrast & black point of the histogram slightly in Adobe Creative Cloud Lightroom Classic. 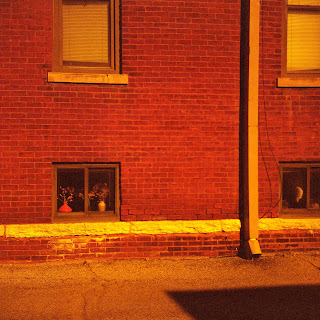 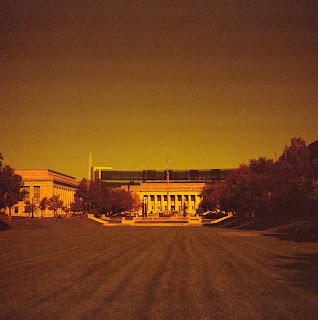 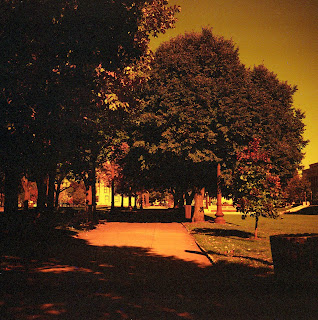 A few things I noticed and this might be due of the age of the film. First there is considerable grain in the DIY version and a slight wave pattern in the lighter areas (noticeable in the sky of the 2nd image).
This was a fun experiment that worked better than originally envisioned. However, because redscale is such a novelty effect I doubt I'd do it more than occasionally. Therefore, it probably makes more sense to simply buy Redrum when it's available and use the real stuff even if it costs more than rerolling your own!
But if you want to DIY redscale this process works.
Posted by Steven Brokaw at 8:40 PM