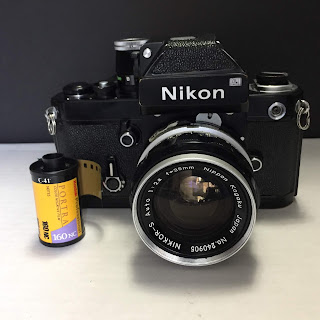 I wanted a Nikon F2 for some time. It's a classic SLR built like a tank. Well, I took the plunge and bought an F2 body from Used Photo Pro at Roberts Camera for $139 after talking it over and testing it with the used camera rep. It was classified as Very Good so the price was reasonable in my book. If the F2 didn't work out UPP has an automatic 90 day warranty so I could always take it back.

While I was shopping that day at Roberts I noticed they had expired Kodak Portra 160NC (NC for "natural color") for $3 per roll. I bought 6 rolls. Had too. I REALLY wanted to try the camera out ASAP, so I mounted it with a Nikkor-S F/2.8 35mm lens from my inventory. I normally use SLRs with a 50mm lens. However, I was going to do some landscape to test the camera so decided to go with a wider lens.

One potential pilot error warning....it's normally not a good idea to test a used camera with expired film. If the film comes out blank or of poor quality then you don't know if it's because the film was expired and not well stored or the camera was trash. I crossed my fingers this time.

I took the camera out a few times in some of the Indiana farmland and also downtown Indianapolis. It worked! The film quality is very consistent with expired color film (some unusual color shifts), but overall I'm very happy with the camera. The simple light meter worked and seemed true. All the moving parts worked. Happy camper. I'll want to run a few rolls of fresh B&W ASAP. I'm certain this will become my favorite Nikon SLR that I own.

Some photos from the first roll. 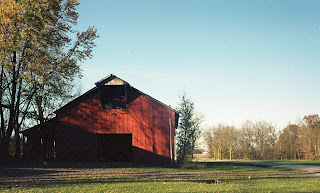 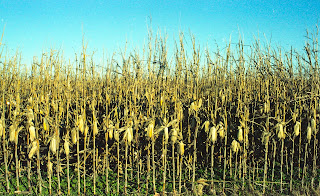 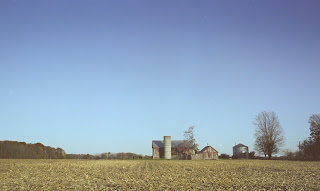 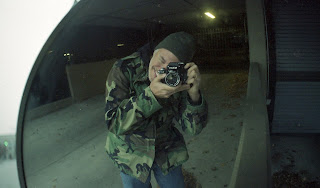 Posted by Steven Brokaw at 5:23 PM