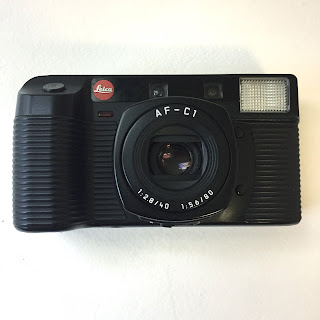 I recently purchased a Leica AF-C1 at a flea market.  It was just sitting there.  The seller didn't know if it worked so I got the camera for $10.  For a Leica I was willing to take a flyer for only $10.  Got home, loaded it with a new battery and it worked great.

This is a very basic point & shoot rangefinder camera.  You simply slide the switch under the lens and the lens cover opens and the camera comes on.  The default lens is f/2.8 40mm. There is a "TELE" button which switches the lens to a f/5.6 80mm zoom.  When you push the TELE button the flash pops up to extend it above the 80mm lens.  Just point and shoot.

A couple of issues, first is that the camera is quite noisy and secondly the focus is a bit slow.  When the camera is in focus a little green light comes on in the viewfinder.

I've shot several rolls though the camera and it works great.  Not the sharpest lens, but I totally enjoy shooting with it.

I took it with me to Los Angeles and loaded it with Ilford HP5+, Ilford XP2 400 Super & Lomography 400.  All films work well.  Here are a few photos using Ilford XP2 at Bombay Beach in the Salton Sea. 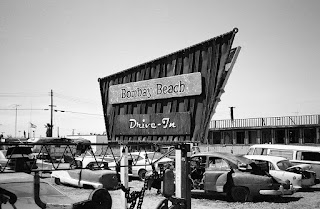 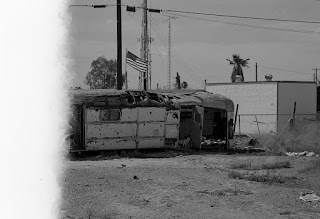 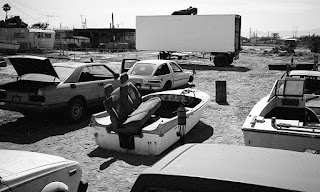 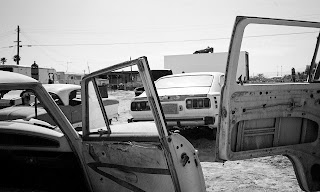 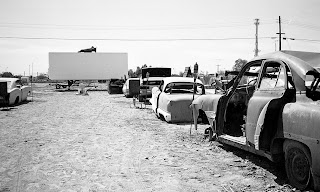 Posted by Steven Brokaw at 1:11 PM