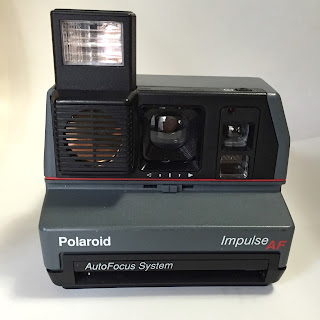 I purchased a Polaroid Impulse AF a few weeks ago at a local Goodwill Outlet.  I go there a couple of times a month and just dig through the blue bins to see if anyone has donated old film cameras. Occasionally I'll find something.  If I do, then it's normally just old film point and shoots.  On a good day I'll find a Polaroid like this Impulse.

The Impulse is cool because it has an autofocus function.  I used the Impulse AF during my last 2 model shoots.  I used a pack of The Impossible Project 600 Color during the 2 shoots.  The quality is OK for an old Polaroid.  On both shoots the lighting in the studio was somewhat poor / low so the images were a bit dark.  Not 100% sure the flash fired, but I'm guessing it did.  I just need to learn how to balance the lighting in the studio with the light slider under the lens.

Here is a shot from yesterday's maternity shoot with a model Cecilia Hernandez who I've worked with several times.  A bit darker than I'd like but still cool.

Next time with this camera I'm going to use it outside.  I'll see how it it works. 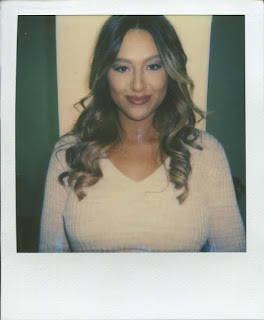